At today's extraordinary General Assembly, Portuguese private hospitals once again disagreed unanimously with the rule of so-called Regularisations that ADSE intends to impose. The process relating to invoices for the years 2015 and 2016, already checked and paid, was one of the main points objected to.

Private hospitals consider the procedure to be illegal; that the opinion of the Attorney General's Office, invoked by ADSE, is inconclusive in relation to the legality of the norm; that their views are well-founded, as evidenced by an opinion of constitutionalist Vital Moreira and that this is a matter which should continue to be resolved in the legal forum. In this context, APHP will continue to defend this position in court, not only in the pending legal action but also in others that may be proposed on this matter, fully confident that the Court will make such recognition.

We must remember that, in practice, the so-called "regularisations" determine that the prices of each act can be retroactively reduced by the minimum price that some network provider has invoiced or according to a reference based on an average. This average does not consider the clinical complexity of the patient or the use of differentiated techniques with proven clinical value. Such rules mean that at the time of provision, the provider does not know and cannot in any way discern the value of its services to the beneficiaries of ADSE. As a result, the ‘a posteriori’ imposition of prices for acts that are not even clinically comparable will take place.

The ADSE's intention to now apply these so-called "regularisations" for 2015 and 2016 is as strange as it is public that at the end of September, the Minister of Health launched the challenge of negotiating a number of relevant issues by the end of the year. The breakdown of this process makes it clear that, as once denounced by the Court of Auditors, it seems increasingly obvious that the Ministry of Health confuses the management of this subsystem, now fully financed by its beneficiaries, with the management of the SNS itself. In the words of the Minister of Health, in a recent interview: "ADSE itself is a sprain on the system. All these parallel operations end up hindering the running of the SNS."

Private providers are not a system sprain. Private hospitalization is an element of the country's competitiveness and as a relevant economic sector, it is essential that it has a clear, predictable, rational framework and that administrative measures do not jeopardize the normal functioning of the market.

Despite the insensitivity demonstrated by ADSE's attitude towards defending the interests of its Beneficiaries, through access to quality services provided by private hospitals under the agreed regime, associates call on the APHP Board of Directors for a final dialogue effort with ADSE and its guardians. This requires a renewed sense of good faith and trust, broken by ADSE's uncompromising stance, for which it will be essential to create some basic conditions:

1. The retraction of the so-called Regularisations rule that ADSE intends to impose, contrary to the law in force, creating a situation where providers are unaware of the value they will be remunerated for the services being provided to the ADSE beneficiaries, at the time they provide them. This is incompatible with a sustainable management of the relationship of private hospitals with this health subsystem;

2. The immediate annulment of the so-called 2015 and 2016 regularisation procedures, taking into account not only the question of principle but the fact that the case itself is marked by gross errors which, without prejudice to the illegality incurred in its requirement, call into question the seriousness of the calculation method used by ADSE.

In order to convey the extreme concern created with the new orientation of that public health subsystem, as well as to call for the Government not to jeopardize the agreed regime, thus defrauding the legitimate expectations of thousands of beneficiaries, the APHP General Assembly mandates the Board to request an urgent meeting of ADSE's guardians.

In view of the inflexible position currently taken by ADSE and pending the Court's decision on the legality of the settlements following the legal action proposed by APHP, it is up to each associate to analyze and decide, freely, clearly and independently, whether or not to accept the conditions imposed by ADSE, refraining APHP from exercising any kind of influence on this matter. 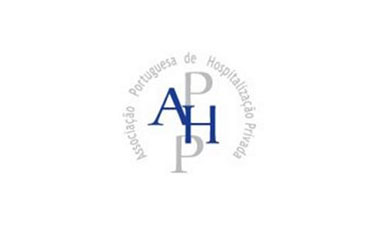