The General Assembly of the European Union of Private Hospitals was held in Lisbon on the 10th of March, with the participation of  HPA Health Group.

The invitation to be present was presented by the President of the Portuguese Private Hospitalization Association  Dr. Óscar Gaspar.  The HPA Health Group was represented by Dr. Paulo Sousa, Medical Director of the Hospital Particular de Gambelas, whose presentation focused on the evolution that the HPA Group and the Private Health Sector have had in terms of technological innovation and investment.

Private hospitalization has revealed a strong growth, reflected both in the effective and differentiated contribution in terms of the health system, and in the important role it plays as the driving force of an economic activity.

During the General Assembly on 10 March, the President of the European Union of  Private Hospitals, Dr Paul Garassus, was also re-elected, whose mandate is to defend a European model of a competitive health system between the public and private sectors, where  resources need to be used  rationally and productively, enabling rapid and consistent response, but above all, giving priority to quality and patient safety. 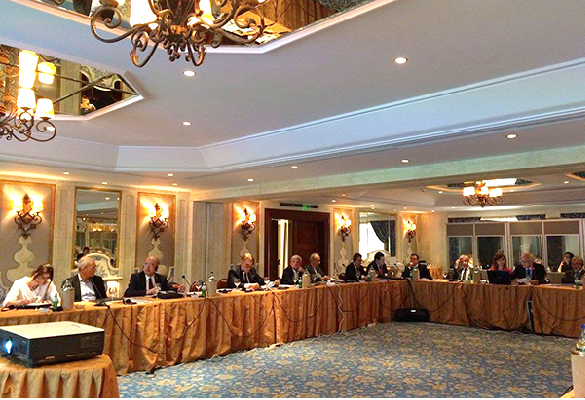