Both are endoscopic procedures that allow the removal of gastrointestinal lesions. Mucosectomy allows the removal of lesions in the most superficial layers of the final portion of the digestive tract (mucous and submucosal layers).

Mucosectomy is performed during colonoscopy using a thin and flexible tube inserted in the rectum, that is equipped with a lens (which enlarges the images), forceps and an electric scalpel. It is a minimally invasive procedure that allows for a quick and almost pain-free recovery.

For most part, polypectomy is performed to remove colorectal polyps: lesions that precede colorectal cancer.

Since polyps can appear in any portion of the digestive tract, a polypectomy may be necessary during an upper gastrointestinal endoscopy, enteroscopy or colonoscopy.

In most cases, polyps do not cause symptoms, which is why screening tests such as colonoscopy or endoscopy must be performed regularly, allowing early detection of lesions, which can otherwise have a fatal outcome.

Both endoscopy and colonoscopy are considered to be efficient and safe exams, with the advantage of allowing biopsy and / or removal of lesions, such as mucosectomy and polypectomy, in the same gesture. 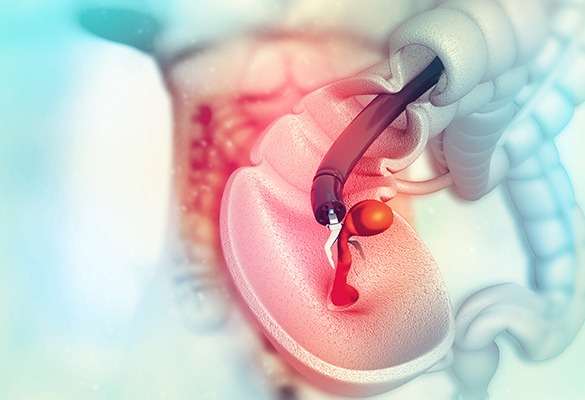