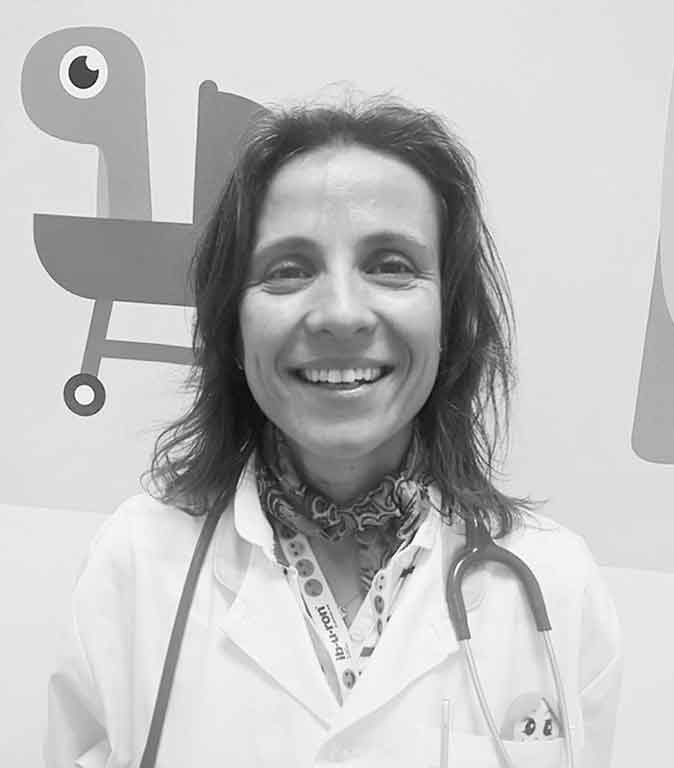 Nocturnal enuresis (bedwetting)
Not a case of laziness or sloppiness

The involuntary bedwetting of a 5 years old child or an even older child during sleep is called nocturnal enuresis and is relevant if it occurs two or more times a week and/or has repercussions for the child and family. The loss of urine is involuntary and is not due to laziness or sloppiness, therefore the child should never be blamed or punished.

A child develops the ability to retain urine for some long periods of time usually from the age of 3-4 years, first during the day and then at night.
The involuntary loss of urine during sleep (bedwetting) of a 5 years old child or even older is called nocturnal enuresis and is relevant if it occurs two or more times a week and/or has repercussions for the child and family.
It is a frequent situation, more prevalent in boys and decreasing as the child gets older. At age 5, 20% of children are enuretic but the frequency decreases to 5% by the age of 10, although it may continue through adolescence or even into adulthood.
When no other urinary disturbances occur during the day, it is considered to be monosymptomatic nocturnal enuresis but when there are others, the situation is called nocturnal polysymptomatic enuresis.
If the child has never acquired urine control during the night enuresis is classified as being primary. It is considered secondary when the child has not wet his bed for a period of at least six months.
Involuntary bedwetting is not related to laziness or sloppiness, so the child should never be blamed or punished.
Primary nocturnal enuresis is related to a lack of maturity of the mechanisms related to the ability to concentrate and retain urine during the night. The enuretic child, in addition to a deep sleep, usually has less production of the anti-diuretic hormone whose function is to concentrate urine, and therefore results in the elimination of a large amount of urine at night. The child may also have a smaller bladder than is expected for its age.
This situation has a strong genetic component. The fact that a member of the family had enuresis increases the likelihood that the child will also have it. A child is 40% more likely to be enuretic if one parent was also enuretic and the probability increases to 70% if both parents were enuretic.
Psychological factors in primary nocturnal enuresis are rarely the cause but may be a consequence of bedwetting. Bedwetting often causes shame and anxiety, low self-esteem, difficulty in socialising, a decrease in the quality of life and school results. These children are also at a greater risk of physical and emotional abuse. It is also an exhausting situation for parents, causing increased family stress.
Bedwetting must therefore deserve some attention, careful evaluation and treatment as it can have significant negative effects on the life of the child and the family.
In situations of nocturnal enuresis, the child should be seen by the family doctor who will evaluate and follow up the situation and decide if necessary, to refer the child to a specialist.
Secondary enuresis, which occurs when the child starts bedwetting after going for more than six months without wetting his bed, is totally different and should be evaluated by a doctor as soon as possible, as it is important to exclude other causes, such as urinary tract infection, chronic kidney disease, diabetes, psychological problems, among others.


A medical evaluation includes the detailed analysis of several aspects of the child's daily life, namely fluid intake, daytime urinary habits and bowel function, sleep characteristics and quality such as snoring and how frequent is the child’s bedwetting during the night.
Drinking habits are particularly important, as many of these children drink more during the late afternoon and early evening, which favours an increase of urine during the night. Sweet beverages and those containing caffeine also aggravate enuresis.
There are situations that may facilitate or aggravate enuresis. Constipation, faeces retention will cause the intestine to press on the bladder decreasing its ability to retain urine. Poor sleep, resulting from for example, snoring due to hypertrophy of the adenoids and tonsils, may also be responsible for worsening enuresis. Treatment of constipation or sleep problems may lead to the resolution or improvement of enuresis. Several other medical problems, such as neurodevelopmental disorders such as hyperactivity and attention deficit, may be associated with increased frequency of enuresis.
In most cases only a urine analysis is necessary, and a renal and bladder ultrasound may also be required. In more complex cases other diagnostic tests may be necessary.
The treatment of enuresis is based on a set of measures that help to decrease the production of urine during the night (reducing significantly the intake of fluids from the late afternoon, by encouraging water drinking during the morning and early afternoon, in order to avoid thirst during the night), as well as adopting healthy urination habits, i.e.: urinating regularly during the day (about 3 hour intervals), empting the bladder completely each time and to urinating always before bedtime. Positive encouragement is of primary importance, rewarding dry days as well as avoiding the use of diapers if the child shows a willingness to do so.
When altering behaviour is insufficient and the consequences for the child are significant, it may be necessary to resort to medication. The drug most commonly used is a substitute for antidiuretic hormone (desmopressin) which, when taken some time before bedtime, decreases the amount of urine produced during the night.
An alarm device can also be used. It is a moisture sensor device that is placed in the child's underwear and emits a sound when urine is detected. This noise awakes the child so that she can go to the toilet, promoting the development of the mechanisms that caused the child to wake up when it has a full bladder.

THE PAIN IN A CHILD IS SOMETHING THAT WORRIES HEALTHCARE PROFESSIONALS, BUT ESPECIALLY PARENTS AND CAREGIVERS.

For some of the painful procedures that are made in hospitals, whether for diagnostic purposes or treatment, it is possible to guarantee the control of pain, fear and associated anxiety, using a variety of techniques, among them conscious sedation.

This technique is based on the inhalation of medical gas, which has no smell or color and is normally used to reduce pain, helping to promote a greater collaboration on behalf of the child during painful procedures.

A SIMPLE AND NON-INVASIVE TECHNIQUE

The use of this technique in Pediatrics results in a state of conscious sedation. This means that the child will be able to respond throughout the procedure. It can be used, during small interventions, such as dressings, reducing simple fractures, among others.