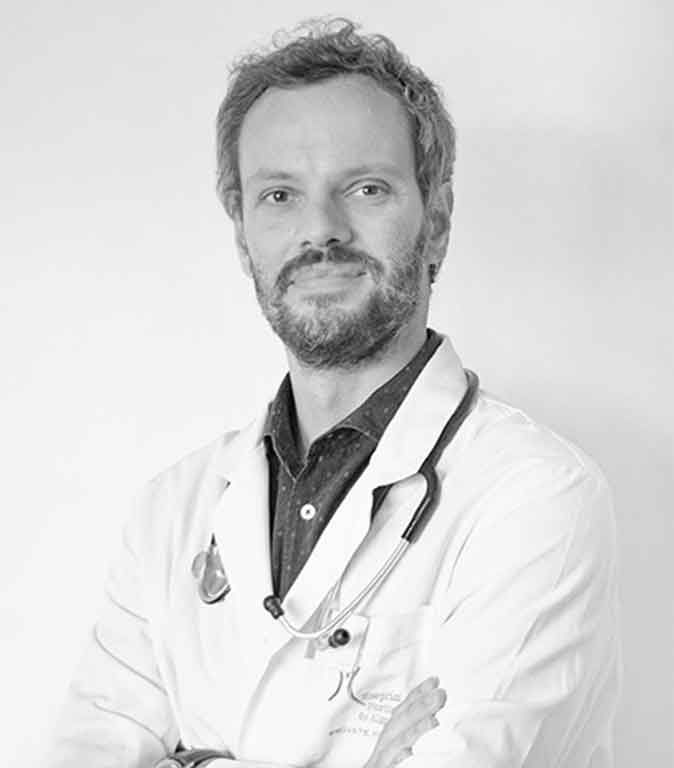 Since the beginning of oncology, cancer treatment has been based on chemotherapy, radiation therapy, surgery or a combination of all three. Until 20 years ago, the only exception to this paradigm was the allogeneic transplant of bone marrow cells, which induces a an immune destruction of the malignant cells by the donor cells.  In this sense, allogeneic transplant was the first form of immunotherapy and is, even today, the only curative therapy for certain forms of acute leukaemia and aggressive lymphomas.

As radiation therapy can only be applied to localized lesions - it would be too toxic if applied to large areas of the body - chemotherapy was for several decades the only possible treatment for most blood and cancer of the lymphatic system. However, in recent years several other therapies have appeared that use small molecules, proteins or cells, which have a more directed and potent effect on cancer. This development was guided by the need to achieve better results with less toxicity. That is, by reaching specific targets in malignant cells, they are able to eliminate them in a shorter period of time while sparing normal cells.

Here are some examples of the main types of treatment applied in cases of leukaemia, lymphoma and other haemato-oncological diseases - even the most aggressive – in combination with or without chemotherapy.

IMMUNOTHERAPY
Immunotherapy allows us to explore the effects of the immune system on malignant cells. Examples of this type of treatment are monoclonal antibodies, which can activate the destruction of malignant cells, by direct and indirect mechanisms (through cells of the immune system) or in conjugation with toxic molecules. Examples are anti-CD20 (Rituximab, Obinutuzumab), anti-CD30 (Brentuximab Vedotin) - used to treat lymphomas - anti-CD38 (Daratumumab and Isatuximab), anti-SLAMF7 (Elotuzumab) and anti-BCMA (Belantamab Mafadotin) - used in Multiple Myeloma - and anti-CD22 (Inotuzumab ozogamycin) - used in Acute Lymphoblastic Leukaemia.
More recently, antibodies have been developed that bind immune cells to malignant cells in order to promote their destruction or to disable the mechanism that stops an immune attack. There are two types of these antibodies:
· The so-called bi-specific bind both to receptors on the surface of target cells and to T-lymphocytes, activating a cellular destruction effect of the latter over the former, in a very specific and potent way. The best example is Blinatumomab for Acute Lymphoblastic Leukaemia.
· Checkpoint inhibitors - which reactivate immune cells, making them capable of recognizing and destroying malignant cells. The best examples are Nivolumab, Pembrolizumab and Ipilimumab, used in lymphomas.

TARGETED THERAPIES
The use of small molecules that alter the behaviour of specific biological processes in cancer cells, has seen very relevant advances in recent years. In specific cases such as Chronic Lymphocytic Leukaemia or Chronic Myeloid Leukaemia, this class of drugs has even been shown to be more effective and less toxic than the conventional immuno-chemotherapy, used in recent decades, even in patients with high-risk cytogenetics.
In this context, Imatinib, Dasatinib, Nilotinib and Ponatinib - used in patients with Chronic Myeloid Leukaemia - and Ibrutinib - used in Chronic Lymphocytic Leukaemia, stand out. These drugs have shown a high response rate and a significant increase in the patients’ survival rate. The latter drug has also been shown to be useful in other types of lymphoma relapse and in patients intolerant to chemotherapy. Other examples with the same results but less toxicity include Acalabrutinib and Zanubrutinib for certain types of relapsed lymphoma.
In the field of myeloproliferative diseases, the role of the JAK2 protein in the accumulation of malignant cells led to the development of blockers of this molecule, such as Ruxolitinib, used in specific cases of Polycythemia Vera and Essential Thrombocythemia.
Another target has been survival molecules such as BCL-2, which plays its role in several types of cancer cells. In this field, Venetoclax has proven to be effective in both lymphomas and leukaemia - even acute ones – achieving very profound responses in advanced stages of aggressive diseases.

HYPOMETHILLING AGENTS
Azactidine and Decitabine act by modulating the organization of chromosomes, altering the expression of certain genes to the detriment of others. This mechanism permits to effectively control certain malignant processes, making these agents more effective and safer than any type of chemotherapy in elderly patients with Myelodysplastic Syndrome and Acute Myeloid Leukaemia, reducing the need for transfusions and increasing their rate of survival.

IMMUNOMODULATING AGENTS
These agents are mainly used in lymphoma, myeloma or other chronic proliferative diseases and include Lenalidomide and Pomalidomide. They act through mechanisms that include the destruction of factors that alter the development of cancer cells and the stimulation of immune cells. They have the great advantage of being administered orally.

PROTEASOME INHIBITORS
Bortezomib and Carfilzomib act by inhibiting cellular detoxification mechanisms, which some cancer cells depend on due to their high rate of protein production. These molecules radically altered the prognosis of patients with Multiple Myeloma and are the basis of several treatment schemes for this disease, almost exclusively treated without the use of chemotherapy.

CELL THERAPY
Since 2019 it is possible to treat patients with a new technology based on lymphocytes that, after being genetically modified, are reintroduced into the patient's body. This is a true living therapy, as the cells maintain the ability to survive for long periods after the infusion, keeping the malignant cells under surveillance. In certain aggressive lymphomas or Acute Lymphoblastic Leukaemia resistant to other types of treatment, cell therapy permits doubling the number of patients who achieve a persistent response to treatment when compared with chemotherapy-based treatment. It is a therapy applied in selected centres applied in a single administration and has adverse effects that, although severe, rarely leave sequelae.

CHALLENGES
The treatment of cancer without chemotherapy is already a reality today and all haemato-oncological diseases can be treated with at least one of these agents. The best results seem to be obtained with a combination of various drugs with different but complementary mechanisms. The benefits are undeniable in terms of effectiveness, with a high response rate and a longer life span and also better quality of life, as these treatments tend to be less toxic than chemotherapy-based treatment.
However, some challenges remain. Unlike chemotherapy treatments - which, as a result of their toxicity and form of action, are carried out in limited periods of time – therapies without chemotherapy are often used on a continuous basis, which implies regular visits to the treatment centre for administration or taking medication at home that can be ongoing for years.
In addition to this logistical issue, the economic issue is important, since, like other technical innovations, new drugs have a significantly higher cost than older therapies. However, clinical results are also superior, especially in more fragile patients and with more advanced or aggressive diseases, so it is up to the national health authorities to evaluate the cost-benefit of these strategies, knowing that doctors and patients will tremendously value the gain of the quality care they offer.