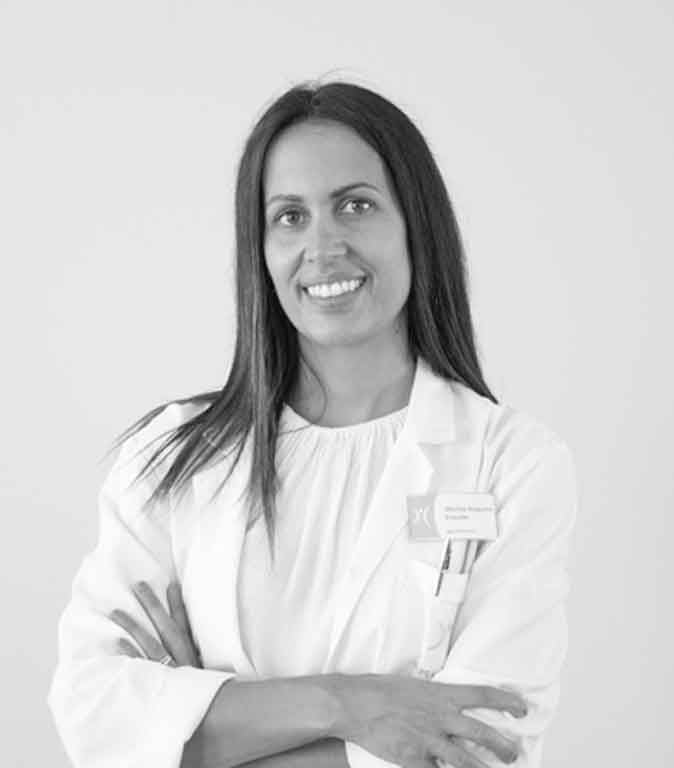 
Adolescence is a phase of major physical, psychological and social changes. It is a phase of transition from childhood to adulthood. This transition usually takes place between 11 and 18 years of age and is extremely important that it be supported by healthy eating.
During this period secondary sexual characteristics begin to develop and reproductive capacity is attained. There is an acceleration of growth between the age of 11 to 14 years old, earlier in girls, although more accentuated later in boys.
During adolescence there is also a marked weight gain which, for girls, coincides with an increase in fat mass, derived from the estrogenic action and menarche, while in boys there is a decrease in fat mass and an increase in lean mass due to an androgenic action.

Daily energy requirements vary according to sex.  Differences in the composition of the male and female body, and also due to the speed rate of growth including the adolescent’s physical development.  These differences are more accentuated around the age of 16, when boys have an increase of about 430Kcal compared to girls, while around the age of 11 this difference is only 119Kcal.
It is at this point that there is also a greater concern with the body and body image in a permanent search for an identity and autonomy.
The need to assert oneself and gain a place among peers, as well as the self-perception of body weight and the consequent satisfaction or concern about body image may influence adolescent eating behaviours.
Due to the fact that emotional separation from parents occurs at this stage, as well as the search for new sensations, home-cooked meals and meals in school cafeterias take a back seat.
We have many teenagers eating most of their meals at fast food restaurants or simply skipping a few meals during the day. With these lifestyle changes and consequently also eating habits, there is an increase in the consumption of high energy density (sugar and lipids) foods, with a subsequent decrease in food that is nutritionally richer in fibre, minerals and important vitamins such as iron, calcium, and vitamins A, C and D.
At this stage the first contacts with alcoholic and energy drinks rich in sugar, caffeine and salt, as well as the frequent consumption of soft drinks, takes place.
Furthermore, there is also a decrease in the hours of sleep in this age group, often spent on computers, social networks and video games resulting in a decrease in the practice of sports.
This behaviour and eating habit alterations, may cause in addition to obesity and overweight, nutritional deficits such as calcium, resulting from a lower intake of dairy products and a higher consumption of soft drinks. At this stage, the development of bones and teeth occurs, which means that the need for these minerals increases.
We know that vitamin D plays a key role in the absorption of calcium, and that our teenagers spend less time in the sun and that their intake of food such as sardines, mackerel or cod liver oil is reduced.
The poor intake of calcium and vitamin D may be related to changes in bone mineralization that will result in bone deformities and osteoporosis, in addition to promoting greater instability in the immune and cardiovascular system.
Studies have correlated a higher risk of vitamin D deficiency in obese teenagers, as it is more difficult to absorb in the presence of fatty tissue. On the other hand, the deficiency of this vitamin has been related to an increased risk of Metabolic Syndrome and Type II Diabetes Mellitus. It is therefore important to take vitamin D supplements, with a view to aiding the treatment of obesity and insulin resistance.
It is also at this stage, that teenagers begin vegetarian and vegan diets, which, if not well planned, can lead to iron deficits and compromise physical and mental performance, especially in girls whose menstrual losses may not be replaced by dietary needs which increase when compared to boys.  Substituting vegetables and potatoes for meat and fish for example, is not the best option, legumes, dark green vegetables, seeds, oleaginous fruits and some fortified cereals should be part of this type of diet. 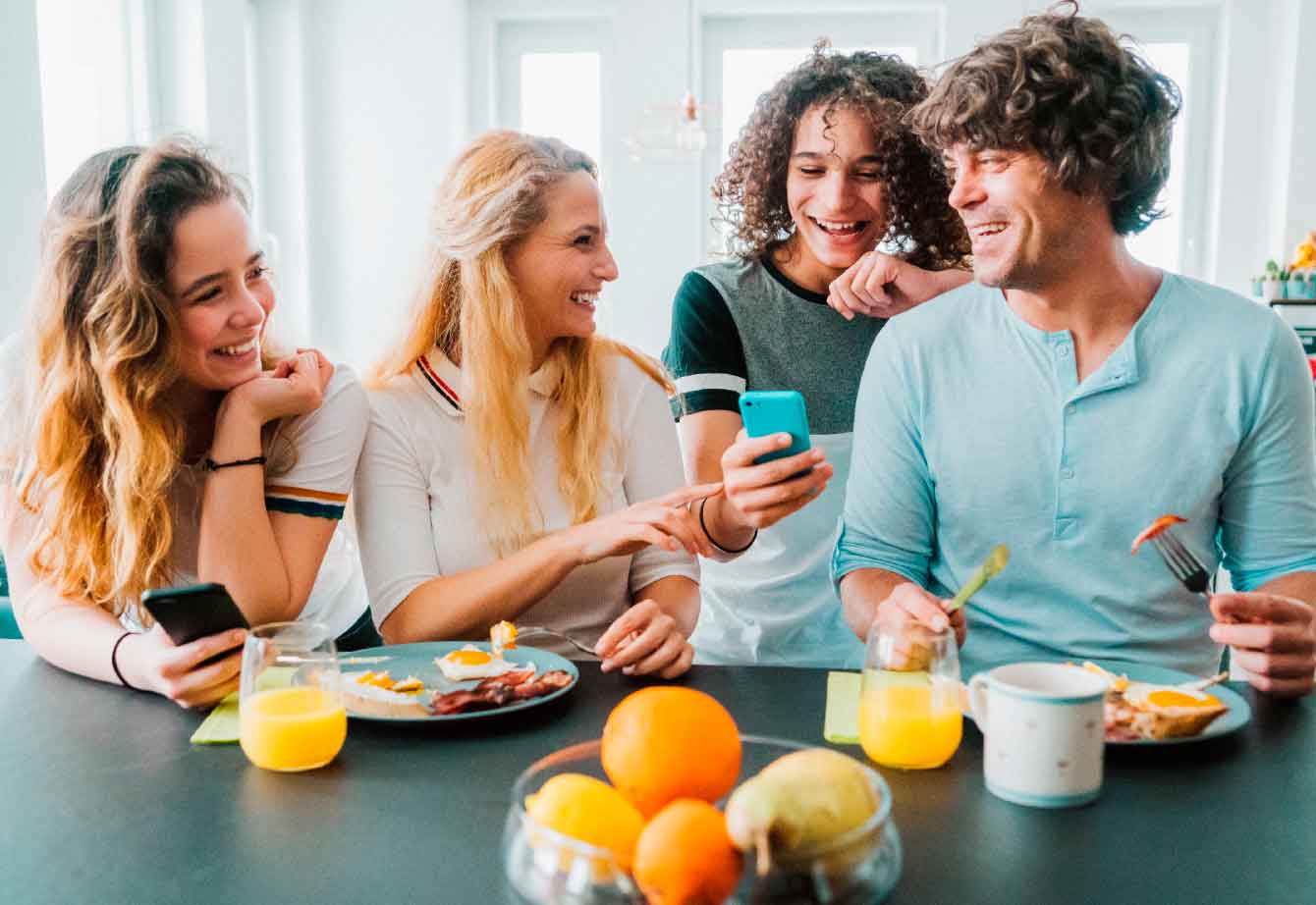 Due to body perfection ideals imposed by society and the media and also peer and coach pressure, some important food groups are excluded. “Fashion diets” such as fasting or low carb diets are adopted by adolescents, often caused by low self-esteem and dissatisfaction with their body image, which can result in the development of eating disorders, such as bulimia and anorexia nervosa.
In order to keep our teenagers healthy, it is necessary to adopt a positive but realistic attitude where health risks of certain diets and habits are explained to them.
Making small changes to the diet, always negotiated with the teenager, can be a good start:
• Reinforcing the importance of breakfast; eating a balanced breakfast, for example, 1 dairy product + 1 piece of fruit + whole grain in order to guarantee the energy and nutrients needed for the school day ahead, will improve concentration and intellectual performance;
• Snack regularly to avoid long periods of fasting; start by suggesting 1 piece of fruit, 1 egg or 1 small portion of unsalted nuts or almonds;
• Introduce vegetable soup some days a week and stipulate a fish meal twice a week;
• Preferring water over soft drinks and other sugary or energy drinks needs to be encouraged.

We know that practicing regular sport from an early age helps teenagers to focus on a healthier lifestyle in which the motivation for a balanced, complete and varied diet appears more naturally.
Fortunately, we already see teenagers who feel the need to seek healthy food.
Our discussions should also reinforce and value their efforts to make more balanced choices.
This is the last “opportunity” to consolidate healthy eating habits that will last throughout adulthood and influence the individual's general health status.