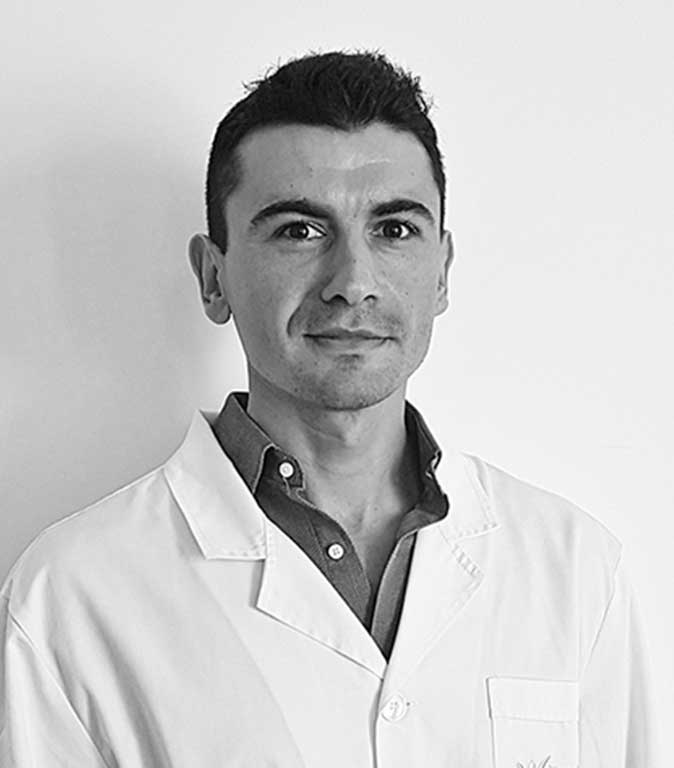 Hepato-bilio-pancreatic surgery represents the area of General Surgery that treats diseases of the liver, gallbladder, bile ducts and pancreas. It is a complex area of this speciality, due to the importance of these organs as well as for their specific anatomic characteristics.

LIVER
The liver is an indispensable organ, located in the right upper quadrant of the abdomen. It performs many functions, most importantly the synthesis of fatty acids and cholesterol, the metabolization and storage of carbohydrates, the production and secretion of bile (important in absorbing fats and fat-soluble vitamins A, D, E and K), the destruction and elimination of harmful products produced by the organism or the detoxification of substances such as alcohol, drugs and environmental toxins.
As this is an organ with a complex vascularisation (it receives blood from the hepatic artery and the portal vein and drains it by the hepatic veins) distributed by a vascular network with a highly variable anatomy and always accompanied by the biliary ducts, hepatic surgeries require meticulous multidisciplinary planning, with careful volumetric analyses of the segments to resect, as well as the evaluation of the future functional capacity of the remaining liver.
However, and despite the complexity of liver resections, the liver is an organ with the capacity to regenerate. That fact, combined with the advances in the field of Oncology, Interventional Radiology and Hepato-bilio-pancreatic surgery, many patients with extensive hepatic diseases (whether benign or malignant) formerly considered incurable, can now be treated, and with excellent results.
In addition to the multiple major hepatic surgeries performed, the experience of the professionals of the HPA Health Group has permitted many laparoscopic hepatectomies (minimally invasive surgery) with important benefits for the recovery of the patients after the operation.

GALLBLADDER AND BILE DUCTS
The gallbladder is a hollow organ, located underneath the liver (to which it is attached), whose main function is to store and concentrate the bile.
Its main complication is vesicular lithiasis, more commonly known as “gallstones”, which despite sometimes not giving rise to symptoms, can present a spectrum of clinical signs that can vary from simple biliary colic (pain after eating) to more complicated conditions of acute cholecystitis (inflammation/infection of the gallbladder). Its removal (cholecystectomy) is a simple procedure but nonetheless should be performed by surgeons who are experienced in this surgery so as to minimize the risk of complications.
However, besides vesicular lithiasis, other pathologies can affect the gallbladder, such as polyps or even cancer (which entails a more complex surgery with “en bloc” removal of the gallbladder and part of the liver).
The bile ducts are anatomically divided into two groups: the intrahepatic bile ducts and the extrahepatic bile ducts. The intrahepatic bile ducts, as the name suggests, are found within the liver, corresponding to multiple canaliculi that join together until they converge in a single duct located outside the liver (forming the extrahepatic bile ducts) that ends at the level of the duodenum. Its main function is to transport the bile (produced in the liver and stored in the gallbladder) to the small intestine, where it will carry out its task in digestion.
Obstruction of the bile ducts (by gallstones, inflammation, fibrosis or cancer) leads to a condition known as jaundice, which is characterised by a yellowing of the skin and mucous membranes, resulting from the accumulation of biliary pigments in them. Sometimes, the stagnated bile in the ducts infects, resulting in cholangitis (infection of the bile ducts), creating a serious and potentially fatal clinical condition if not treated properly.
Even though these obstructions can sometimes be treated by endoscopy, surgery is often the only option. The procedures can range from a simple cut and cleaning of the bile ducts to more complex surgeries with bilioenteric anastomosis (junction between the bile ducts and the intestine).
Patients treated for gallbladder or bile duct problems at the HPA Health Group are almost always treated by laparoscopy, whether for a simple cholecystectomy (removal of gallbladder) of for more technically complex procedures (such as bilioenteric anastomosis), which have been performed using laparoscopic mini-instruments (needlescopic surgery), helping to lessen post-operative pain, and in some cases obtain aesthetically important results with practically imperceptible scars.

PANCREAS
The pancreas is a gland of the digestive system with exocrine (production of digestive enzymes) and endocrine functions (production of insulin, somatostatin, glucagon, among others).
Although we can live without the pancreas, its inexistence or insufficiency strongly influences the quality of life of the patients, causing pancreatic exocrine insufficiency (with difficulties in digestion) and pancreatic endocrine insufficiency (for example, diabetes mellitus).
The pathologies of the pancreas, especially malignant tumours, are generally feared due to their reserved prognosis. This fact is due not only to the biological behaviour of these diseases, but also to the characteristics of the pancreas.
In reality, because it is a very delicate organ and located in an area that is closely related to vital blood vessels (whose injury can jeopardise the life of the patient), pancreatic surgery should only be performed by experienced teams with sufficient knowledge for proper treatment, as there are no simple surgical procedures when it comes to pancreatic surgery.
Similarly to hepatic surgery and surgery of the bile ducts, the HPA Group has been a pioneer in pancreatic surgery in the Algarve. Any pancreatic surgery can now be done by laparoscopy (minimally invasive surgery), from distal pancreatectomies with or without splenic preservation (removal of medial and distal region of the pancreas, with or without removal of the spleen), to pancreaticoduodenectomies.
The pancreaticoduodenectomy (also known as the Whipple procedure) is currently considered to be one of the most complex operations of General Surgery, given its high level of technical demands. It consists of the “en bloc” removal of the head of the pancreas (proximal and most voluminous portion), the duodenum, the common bile duct and part of the stomach with posterior anastomosis (joint) of the pancreas to the intestine, of the bile duct to the intestine and from the stomach to the intestine.
As it is a complex and aggressive intervention, the advantages of performing it by laparoscopy are immeasurable, either from the recovery or the pain point of views, given that it no longer needs an extensive incision (cut) in the abdominal wall, leaving now only tiny holes of just a few millimetres. At the moment, the HPA Group is the only hospital in the Algarve performing this operation by laparoscopy, and one of the few in Portugal.

MULTIDISCIPLINARY APPROACH
Although, as in the other areas of General Surgery in our institution, the results of hepato-bilio-pancreatic surgery have been very good, thanks not only to the surgeons and excellent cooperation between the hospitals of Alvor and Gambelas, but also for other reasons.
All of the oncologic patients are discussed in Multidisciplinary Decision Meetings attended by doctors of General Surgery, Oncology, Gastroenterology, Radiotherapy, Radiology and Intensive Care Medicine. This procedure guarantees a comprehensive approach for the patient, allowing a meticulous treatment plan to be proposed.
Notwithstanding the performance of all of the doctors involved in the treatment of hepato-bilio-pancreatic pathologies, the successful results would not be possible without the experience, support and dedication of the teams of Nursing and Auxiliary Staff in the Operating Theatre, Intensive/Intermediate Care Unit and Wards.
The patients also count on the support of the Physical and Rehabilitation Medicine specialists who optimise the functional recovery of the patient, as well as Clinical Nutrition specialists who also collaborate for their optimisation.
Hepato-bilio-pancreatic surgery is a complex area of General Surgery only within the reach of institutions with the level of dedication and technological sophistication such as the HPA Health Group, in terms of allowing for the realisation of these by minimally-invasive approaches, such as the conventional laparoscopy, 3D laparoscopy and laparoscopy with mini-instruments (needlescopic surgery). 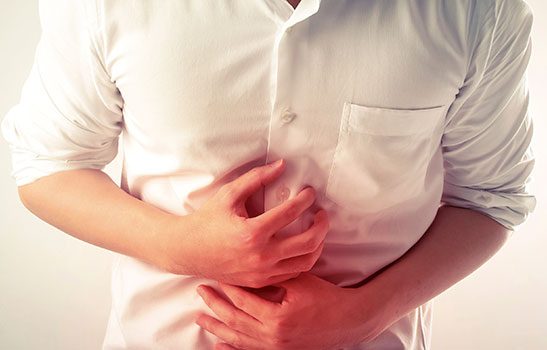 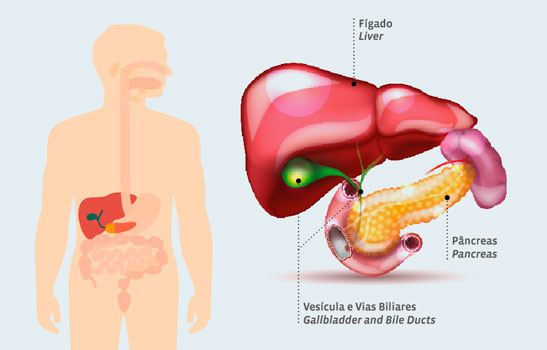 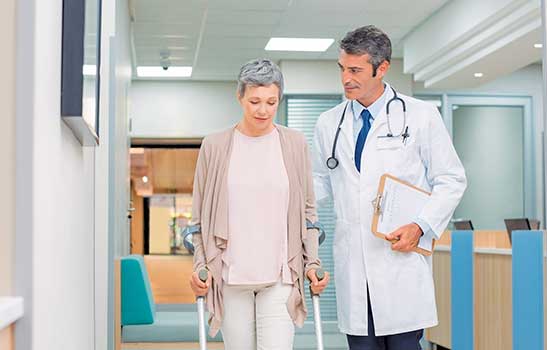