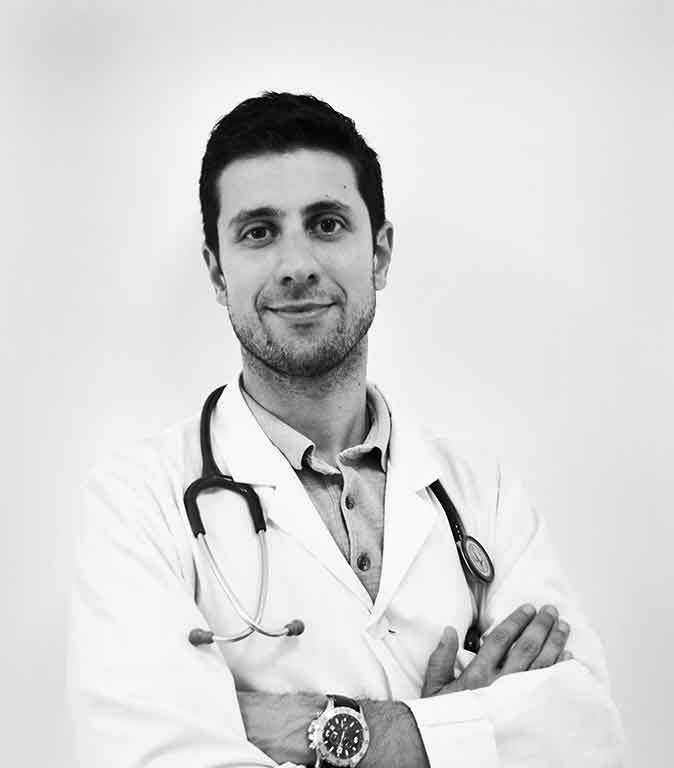 Sneezing, itching and a runny nose the allergic rhinitis

Allergic rhinitis is a chronic inflammatory disease of the internal lining of the nose. It is caused by an exaggerated response of our Immune System to harmless microscopic particles present in the air, called allergens.
The most common symptoms of allergic rhinitis are sneezing, an itchy runny nose, and nasal congestion. Often, excess nasal secretions that run into the throat also cause coughing or discomfort when swallowing. Rhinitis is often associated with other respiratory diseases such as allergic sinusitis, conjunctivitis and asthma. It is estimated that about 40% of patients with rhinitis also suffer from asthma.
Rhinitis is the most common chronic airway disease. In Portugal, it is thought that between 16 and 26% of the population suffers from this condition. Children are particularly affected as it interferes with sleep quality and concentration.
In Portugal, the main allergens responsible for the symptoms of rhinitis are house dust mites and pollens.

Most common symptoms of allergic rhinitis

House mites are arthropods of the Arachnidae family, together with spiders and scorpions. Mites live on all continents and their prevalence depends mainly on the humidity and temperature of the region. Among the main mite species identified for their allergenic potential are the Dermatophagoides and Lepidoglyphus families.
They mainly live in domestic dust. Human homes are ideal habitats, as they generally provide stable temperatures, relatively high humidity and a food source in the form of keratin which sheds from our dead skin cells.
They are found mainly in places where contact with human skin is frequent, such as mattresses, cushions, blankets and sofas, as well as objects that accumulate dust easily, such as books, cuddly toys, carpets and drapes.
Allergic symptoms are related to the amount of mites present in the home. In the Algarve, during Autumn and Winter, higher humidity levels in the air increase their numbers, making this the period where usually more intense symptoms occur. However, symptoms may persist throughout the year, particularly in individuals that spend significant time in closed, humid or dusty environments.
It is impossible to completely eliminate dust mites from our homes. The most effective strategy is to try to create unfavorable conditions for them to grow and to maintain regular cleaning habits so that their numbers can be controlled.
Due to the amount of time we spend in the bedroom, this is usually the most important room in which to intervene. Thick carpets, rugs and heavy curtains should be avoided. Floors, mattresses and cushions should be vacuumed regularly, ideally with a HEPA filter (High Efficiency Particulate Air). There are inexpensive vacuum cleaners equipped with this filter, both with the traditional dust bag and or with a water filter. If possible, an anti-mite mattress is also recommended together with waterproof and washable pillowcases and duvet covers. Flannel sheets, woolen blankets, and feather duvets usually accumulate more dust mites than linen or cotton. To eliminate mites, a hot water program (over 55° C) for clothes washing should be used. Remember that music systems, TVs, computers, game consoles, books, ornaments, toys and cuddly toys accumulate dust easily. Mites in stuffed animals that cannot be washed at high temperatures can be eliminated by placing them in a bag in the freezer for 24 hours.

Pollen consists of a set of tiny grains produced by plants, usually invisible to the naked eye, whose aim is to fertilize other plants at a distance.
Not all pollen causes allergies. Pollens responsible for allergic reactions usually belong to species that pollinate with the help of the wind (a process called anemophily), rather than species that depend on insect fertilization (entomophily). Pollen from anemophilous plants is lighter and produced in far greater quantities facilitating their dispersal. They are also smaller, making them easier to enter inside our respiratory system. Entomophilic pollen produced by colorful flowers (such as roses and orchids) and big pollen grains that are visible to the naked eye (like those produced by pine or poplar trees) are too large and heavy to enter the airways and very rarely cause allergic reactions. Pollens produced by grasses, trees like olive and birch and weeds like mugwort and pellitory-of-the-wall are responsible for most of the seasonal allergy cases in Portugal.
The concentration of pollen in the atmosphere depends on the pollination season of each species and the geographic and atmospheric conditions throughout the day.
The total amount of pollen in the air is higher on windy, hot and sunny days and its peak is usually reached around noon or early afternoon. The amount of pollen is lower on rainy days as the water drags them to the ground. There are also lower concentrations in the early morning, late afternoon and evening. The pollen levels by the sea are lower than inland.
In Portugal, pollen concentration in the atmosphere is higher between March and July. Levels can be checked online in the weekly Pollen Bulletin (www.rpaerobiologia.com).
It is not possible to completely avoid pollens in the atmosphere. However, some protective measures can be taken to minimize symptoms.
It is recommended to avoid intense physical activity outside, especially on hot windy days during periods of high pollen concentration. Sunglasses use can also help to prevent eye symptoms. It is advisable to keep windows closed when traveling by car or train. When riding a motorcycle, an integral helmet is better to protect both the nose and the eyes.
When arriving home, it may help to change clothes and brush the hair or, ideally, to take a shower. Windows should be kept closed on days with higher pollen concentration and only opened at night or in the early hours of the morning. Finally, clothes that are left out to dry, may also carry pollen into the house.
Pets may also carry mites or pollen on their fur (especially onto beds, rugs and sofas). For this reason, it may be justified, at times of greater pollen concentration, to bathe them more often and limit their access to bedrooms.
These measures can significantly reduce exposure to allergens and subsequently reduce allergy symptoms. In some cases, it may be necessary to supplement these strategies with anti-allergic medication. A visit to the family doctor or to an Immunoallergologist (a medical doctor specializing in Allergy treatment) is recommended, as it is vital to correctly diagnose a case of allergic rhinitis in order to receive appropriate treatment.