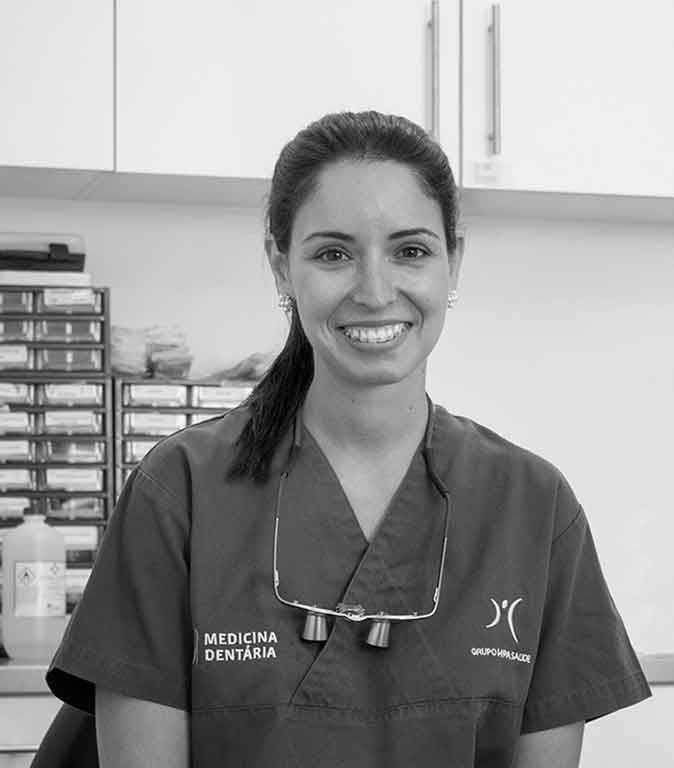 WHAT IS PERIODONTOLOGY?
Periodontology is the dental specialty that treats pathologies affecting the support tissue of the teeth, keeping them positioned in the jaw. The bone, the periodontal ligament and the gums are responsible for this support and are known as the periodontium.
In addition to the previously mentioned functions, the periodontium is responsible for absorbing the impacts exerted on the teeth when chewing.

WHA IS PERIODONTITIS?
Periodontitis is commonly known as a gum disease. It is estimated to affect approximately 65% of the adult population and its evolution becomes chronic.
Periodontitis is a disease that affects the tissues that support the teeth to the jaw, namely the gums, the bone and the periodontal ligament.
Periodontal disease is caused by bacteria and the persistent inflammation they cause. The bacteria responsible for periodontitis are part of the normal bacteria present in the mouth. However, regular and persistent accumulation of plaque and tartar on the surfaces of the teeth can trigger a drastic increase in the quantity of periodontal bacteria. It is therefore important to note that despite the fact that it is a disease caused by bacteria, the accumulation of plaque is responsible for the onset of the disease.
The uncontrolled multiplication of bacteria around the periodontium, combined with unsatisfactory hygiene habits and a lack of medical and dental care, can cause an initial inflammation of the gums. However, with the progression of the disease, chronic inflammation will progresses along the periodontal tissues, leading to the destruction of the space between the gums and the teeth. This will in turn lead to the formation of periodontal pockets, ideal spots for the colonization and multiplication of periodontal bacteria.
This process can be more or less aggressive depending on the type of periodontitis and also how far the disease has progressed once diagnosed. It is possible to determine the severity and progression rate of the disease. This depends on the quantity and type of bacteria, capacity of the patient's immune system, as well as other risk factors involved, the main ones being genetic, smoking habits, uncontrolled diabetes and the regular use of certain antihypertensive drugs.

WHAT ARE THE FIRST WARNING SIGNS TO WATCH OUT FOR?
One of the first warning signs is bleeding gums. Initially, gums will bleed when brushing the teeth. Gums begin to change color and shape, becoming red, swollen and sometimes, in the more acute stages painful.

GINGIVITIS AND PERIODONTITIS
Gums are not fully attached to the teeth. Between the teeth and the gums there is a small space not noticeable by the patient, which is called the gingival sulcus. Incorrect brushing will not remove the plaque that accumulates in the gingival sulcus. The persistent accumulation of plaque in the gingival sulcus leads to inflammation of the gums. At this stage, gingivitis sets in, that is, the gums become inflamed. Factors such as poorly adapted dentures or restorations, pregnancy, puberty and the use of certain drugs, can aggravate gingival inflammation.
Gingivitis is a very common condition that can be easily treated with medical and dental care. When it is not diagnosed and treated in a timely manner, it may develop into periodontitis. However, it is known that each patient’s gum defense mechanism, response to treatment as well as genetic heritage play an important role in the progression of the disease, so it is important to note that not all gingivitis progresses to periodontitis.
When periodontitis is diagnosed, the disease has already set in. Therefore, there is a gradual and irreversible destruction of the periodontium.
At this stage, the patient may notice bleeding gums when chewing or even spontaneously; bad breath; alteration in the positioning of some teeth; spacing between teeth; seemingly elongated teeth due to receding gums and rarely, pain may be experienced.
In smokers, due to the effect of nicotine on the blood vessels of the gums, the first signs of gum inflammation may be less evident and hide the disease.
It is crucial to understand and remember that healthy gums do not bleed, even during brushing. The patient should consult his dentist if this should occur.

WHAT IS THE TREATMENT FOR PERIODONTITIS?
The object of periodontal treatment is the elimination of plaque from the periodontal pockets to stop the progression of the disease. 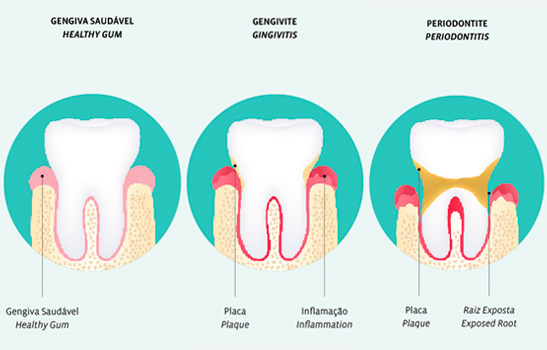 INSTRUCTIONS ON ORAL HYGIENE
Educating and motivating the patient on oral hygiene habits is crucial to the success of treatment. The dentist will provide the tools and establish the conditions for the patient to control the accumulation of plaque. However, collaboration and commitment is the key to a successful treatment. It is also important to note that even with very disciplined patients in oral hygiene, the disease may recur. This is due to genetics being a contributing factor and also the patient's tendency towards periodontal disease.

SCALING AND ROOT PLANNING
By professional scaling and polishing, plaque and tartar which has adhered to the surface of the teeth can be mechanically removed. After scaling, roots are smoothed down resulting in a smoother surface, removing and delaying the accumulation of bacteria.

CORRECTIVE SURGERY
In some cases, when periodontitis is already very advanced, there are very deep periodontal pockets where deposits of plaque accumulate. With brushing or even medical help such as scaling of the teeth and roots, it is not possible to guarantee the correct hygiene of these pockets.
In these cases, the gums are lifted and the roots exposed, allowing an efficient decontamination of the whole area. This is done under local anesthesia.
Corrective periodontal surgery, in addition to being the only way of cleaning these deep pockets, can also remodel and reposition the gums, creating the necessary conditions for the patient to control plaque efficiently. In some cases, it is even possible to make use of bone and ligament regeneration techniques, lost due to the disease.

SUPPORT / MAINTENANCE THERAPY
Support / Maintenance treatment begins when periodontal disease has been stabilized. At this stage, all phases of the treatment will have been completed and the reevaluation of the periodontal condition allows the patient to be referred for maintenance treatment. The patient will only be referred to this stage of the treatment when he is able to control the accumulation of plaque effectively and keep his periodontium healthy, that is, without inflammation and infection.
It will be up to the dentist to determine how often the patient should maintain his control visits. This will be based on the patient's responsibility and discipline, as well as the rate of progression of the disease, its severity and the individual risk. 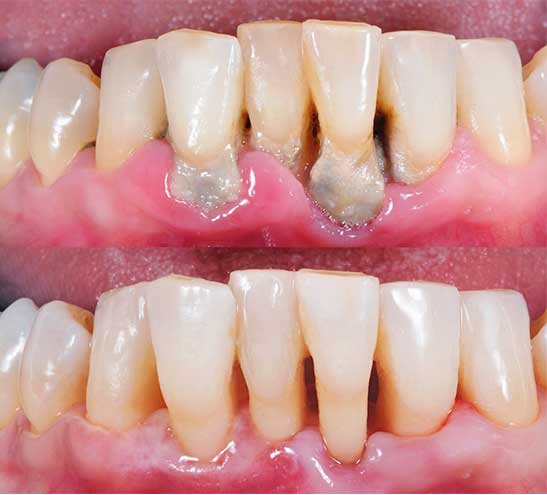