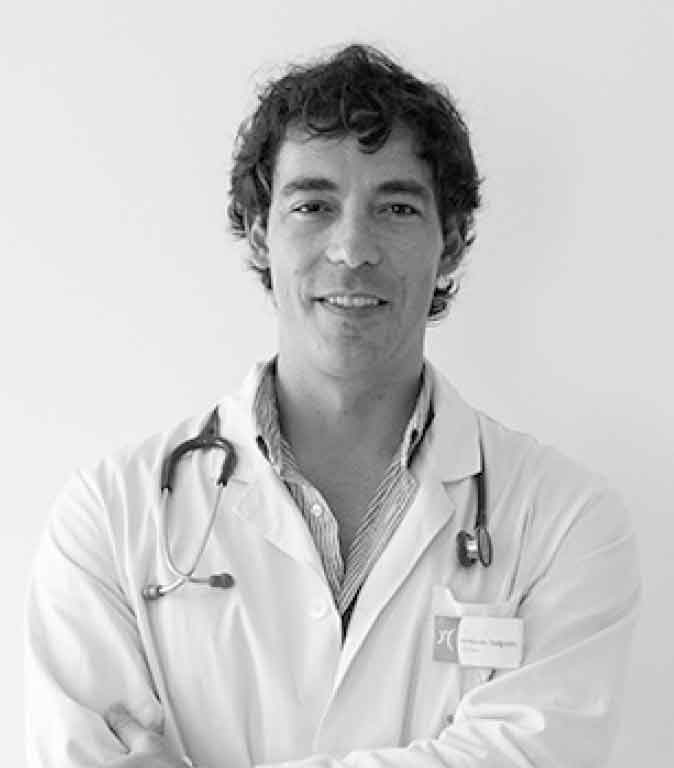 Watching a child have a seizure is always a disturbing event for parents. Especially febrile convulsion that can occur in 5% of children during the early years.
This article seeks to answer some questions on febrile seizures which parents normally ask.

What is a febrile seizure?

It can occur in a healthy child between the age of 6 months and 5 years (with a peak at 18 months), when temperature rises during a febrile episode. Often, it is the seizure itself that makes it possible to detect the fever, as it appears on the first day.
It is a sudden episode of loss of consciousness and sustained contraction of the body, followed by synchronous, repetitive and extensive movements of the limbs and fixed staring. After a few minutes, the movements stop, the body goes limp and the seizure ends. It is then followed by a period of drowsiness, after which the child goes back to normal. During an attack, the lips may turn blue, the child may foam at the mouth or urinate.
It should not be confused with the fine shiver as a result of rising fever, in which the child continues to remain conscious, a situation that is much more frequent.

Although without a well-defined mechanism, its origins are genetic and also due to the immaturity of a young child’s nervous system, which seems to be more susceptible to high temperatures, a situation that tends to disappear with age.
Some factors are known to increase the risk of febrile seizures: a family history of febrile seizures or epilepsy, occurring in the first year of life, with a low-grade fever or less than 1 hour after the onset of fever and if the duration is prolonged (more 5 minutes).

Should the child be taken to hospital? Are all febrile seizures benign?

In a first episode of febrile seizures, the child should be taken to hospital to be seen by a Paediatrician. Sometimes, hospital admission for a few hours is justified for surveillance and parent reassurance.
Even if not the first time, the child should be seen to determine if it is a febrile seizure or a seizure with fever secondary to a serious illness such as meningitis.
Warning signs for serious illness are:
• Prolonged seizure (more than 15 minutes)
• Movements on one side of the body, or if after the crises the child only moves one side of the body
• Prostration, moaning or drowsiness, which continues 1 hour after the crisis
• Fever that doesn't decrease
• Several seizures on the same day
• Does not recover between seizures
Other factors that may indicate that a febrile seizure is not benign, but secondary to a neurological, metabolic or infectious cause are: occurs with low fever (< 38°C), below the age of 6 months or above 5 years, history of seizures without fever, delay in development or neurological changes, appearance of spots or skin changes.

What to do during a febrile seizure?

During the seizure parents should:
• Keep calm and note at what time it began and ended
• Place the child on its side, on a flat surface with something soft under the head
• Prevent trauma by removing surrounding objects
• Do not immobilize or put anything in the child’s mouth
• Remove items of clothing to lower temperature
• If it is not the first time, if it lasts more than 3-5 minutes, a Diazepan enema should be applied.
• Observe the child so that you can describe the crisis
• Lower the child’s temperature with an antipyretic
What can I do to prevent it?
Despite the risk of recurrence, the use of antiepileptic drugs is not recommended in children with febrile seizures. It is also not proven that fever medication reduces the chance of developing febrile seizures.
An antipyretic should be administered immediately when the temperature reached (~~37.5°C).
The main objective is to alleviate the discomfort of having a fever and not to prevent a febrile seizure.
Is it justified to submit the child to some type of examination in the face of a febrile seizure?
As a rule, no. Most children do not need blood tests, lumbar punctures, electroencephalograms, or imaging tests such as computed tomography (CT Scan) or magnetic resonance imaging (MRI).
The child does need to be seen by a doctor so that he can rule out serious infections of the nervous system or other illnesses as a cause of the fever. Only for this reason may some of the aforementioned exams be requested.

Will my child have febrile seizures again? And what are the consequences for the future?

About a third of children will have one or more episodes resulting from a high fever, but it is impossible to predict when or which ones. The risk is greatest during the first 6 to 12 months after the first episode, if it occurred with a low-grade fever in the first year of life and if there is a family history.
It will disappear from the age of 5-6 years.
In previously healthy children, febrile seizures do not cause sequelae such as brain damage, cerebral palsy or intellectual impairment. There is also no increased risk of developing epilepsy when compared with other children, if there is no delay in psychomotor development, neurological disorders, family history of epilepsy, onset in the first 6 months of life and seizures without fever.
In short, most are benign, self-limiting and age-related situations.