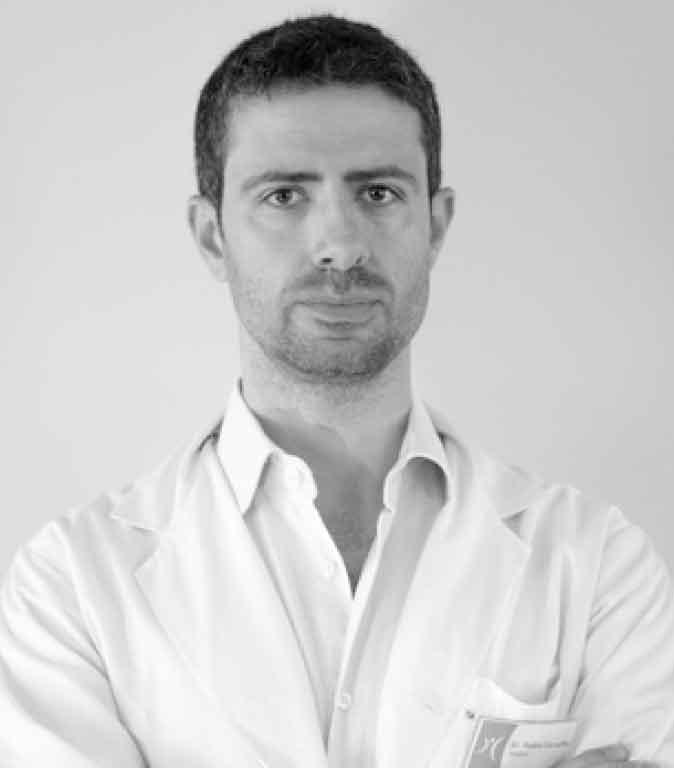 
Ankylosing spondylitis (AS) is a chronic inflammatory rheumatic disease which mainly affects the spinal column, but may also affect other joints and extra-articular locations. The main feature of AS is the presence of radiographic sacroiliitis, that is, the presence of structural alterations of the sacroiliac joints (between the sacrum and the iliac bones) identifiable on the pelvic X-ray.

THE DISEASE AND ITS CAUSES
Ankylosing spondylitis (AS) is a chronic inflammatory rheumatic disease which mainly affects the spinal column, but may also affect other joints and extra-articular locations. The main feature of AS is the presence of radiographic sacroiliitis, that is, the presence of structural alterations of the sacroiliac joints (between the sacrum and the iliac bones) identifiable on the pelvic X-ray. The events that precede these changes are inflammatory phenomena at the periphery of the joints and which can be identified by magnetic resonance imaging (MRI). Over time, sacroiliitis lesions can progress to a total fusion of the joint. On the other hand, the disease can also affect other segments of the spine (namely the cervical and lumbar spine). This occurs due to calcifications that form between the vertebra (syndesmophytes) which can later evolve into a more severe stage, with calcification of the anterior longitudinal ligament (“bamboo” column). This damage tends to accumulate with the evolution of the disease and with the patient’s complaints of increased pain. It also leads to a significant decrease in the mobility of these patients.
The causes of AS are unknown, however smoking is recognized as a risk factor. We also know that there is a genetic predisposition, with the diagnosis being more frequent among family members. The gene responsible for most of this predisposition is HLA-B27.
THE PATIENT AND THE SYMPTOMS
This disease affects mainly young individuals. It is quite rare, but not impossible for symptoms and diagnosis to begin on individuals after the age of 45years. We should therefore be especially aware when patients age 20 to 40 years begin complaining of chronic low back pain.
Its main manifestation is chronic low back pain (lasting por periods longer than 3 months) with an inflammatory response. By this we mean that low back pain is present in the morning, even before there is any physical effort, and that can wake up the patient during the night, not improving with rest and, surprisingly, able to improve with movement.
The prolonged morning stiffness is also common. The association with other peripheral signs and symptoms such as arthritis, enthesitis (inflammation of entheses, i.e. locations where tendons meet a particular bone) and dactylitis (or “sausage finger”, generalized inflammation involving the joints, tendons and connective tissue of a particular finger) is also characteristic.
Even in the very early stages of the disease, patients present quite significant levels of fatigue, loss of functional capacity for their daily activities and work impairment. In more advanced cases, loss of mobility of the spine and the affected joints is also an important component of loss of quality of life.
SPONDYLITIC PAIN
The most frequent low back pain in the general population is considered mechanical low back pain, that is, low back pain that typically worsens with movement, improves by adopting a more comfortable position at rest, is more intense at the end of the day and is rarely accompanied by prolonged morning stiffness.
In addition to low back pain, these patients may also experience pain that reaches peripheral joints and periarticular locations, namely with arthritis (typically affecting some joints of the lower limbs asymmetrically), enthesitis and dactylitis.
In addition to articular manifestations, this disease can also have the so-called extra-articular manifestations, of which we highlight: anterior uveitis (inflammation of the anterior chamber of the eye, usually translated as a painful “red eye” episode) and non-specific inflammation of the intestinal wall.
The manifestations that characterize.
AS may also be present in other diseases such as inflammatory bowel disease (Crohn's disease and ulcerative colitis) and psoriatic arthritis. In these cases, these typical manifestations of AS (such as sacroiliitis) are considered to be part of the axial involvement that these diseases can reach.

BEYOND THE PAIN
In addition to the articular and extra-articular manifestations mentioned above, these patients also have a set of associated comorbidities. A recent international study that enrolled 3,984 patients showed that the main comorbidities affecting these patients are osteoporosis (13%) and gastroduodenal ulcer (11%). This population also has an important prevalence of cardiovascular risk factors, namely arterial hypertension, smoking and dyslipidaemia.
DIAGNOSIS
In patients with chronic low back pain, that is, low back pain lasting at least 3 months, especially if it started before the age of 45 years, it is important to carry out a systematic survey and detailed objective examination to investigate the possible presence of other findings associated with AS (as described above). The diagnosis of AS is reached if a patient, with typical symptoms of the disease, has a pelvic X-ray that shows sufficient alterations that can be defined as sacroiliitis according to the modified New York criteria (these criteria assess the degree of sclerosis, narrowing or enlargement of the joint space and erosions of these joints). It should also be noted that nowadays, in patients who do not yet have criteria for radiographic sacroiliitis, it is possible to reach a diagnosis of non-radiographic axial spondylarthritis (based on the findings of an MRI and/or on the genetic study - HLA-B27).
TREATMERNT
The treatment of these patients must be an individualized treatment plan based on two main pillars: pharmacological and non-pharmacological treatment. The first essentially consists of the use of anti-inflammatory drugs that are fortunately effective for most patients. It is even possible that in some cases they induce prolonged periods of remission. These drugs have even been shown to have a beneficial effect in decreasing the progression of the disease.
When these more conventional therapies do not provide a satisfactory response, cause side effects or are contraindicated, it becomes necessary to resort to biotechnological drugs. This option opens new horizons for population suffering from this pathology, as it has the ability to significantly change the course of the disease, greatly improving the quality of life of these patients.
Non-pharmacological treatment should be transversal to all patients. Recommendation for healthy lifestyle habits, namely smoking cessation, balanced diet and regular exercise are extremely important. Preference should be given to exercises that strengthen the muscles of the spine and promote greater joint mobility.
The Rheumatologist has a fundamental role in this process given the accumulated experience in the approach to these patients and in the handling of these drugs.