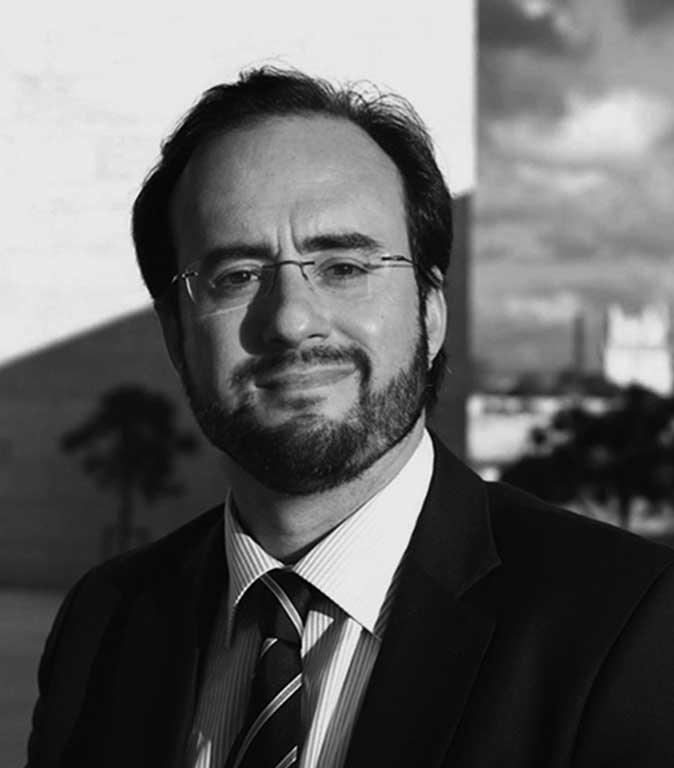 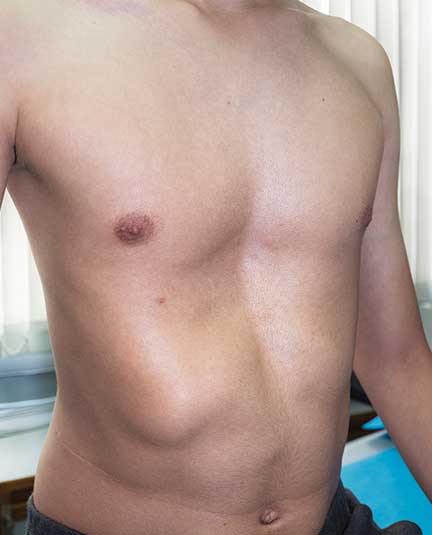 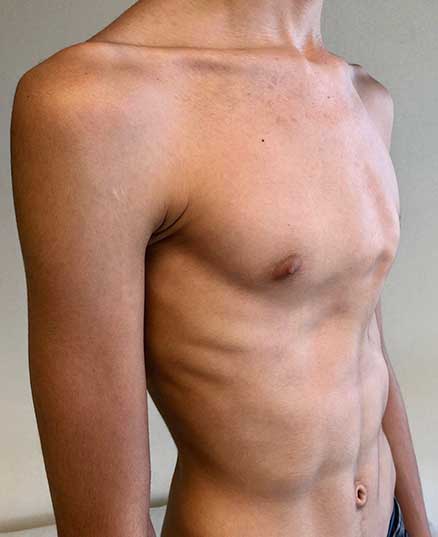 What are deformities of the thoracic wall?

Thoracic wall deformities are a prevalent pathology in our population. The most frequent pathologies in this group of deformities are the Pectus Excavatum or excavated chest, with an incidence of 1:500 in the general population, four times more frequent in the male sex, followed by Pectus Carinatum known as pigeon chest, with a four times lower incidence. However, a combination of both deformities is also possible. They may be asymmetrical (more pronounced in one half of the thorax than in the other), or unilateral (only on one side).
All types of deformities of the thoracic wall are included in this group of deformities, except deformities of the thoracic spine; these are usually associated with other spinal disorders, such as scoliosis and lordosis, usually treated by orthopedic surgeons.
Sometimes, these bone deformities of the chest wall are associated with breast hypoplasias on the same side as the deformity (incomplete development of one side of the chest), and sometimes also due to the partial absence of some ribs.
These deformities can occur in the first years of life, but in most cases they appear or accentuate, due to rapid growth during adolescence.
Usually they spare the bony part of the costal arches (the posterior and lateral portion), located in the anterior part of the thorax, where the bone is extended by cartilage connected to the sternum. This excessive growth causes a sinking of the anterior wall (including the sternum), or a projection of the wall, thus being classified respectively as Pectus Excavatum (Figure 1) or Pectus Carinatum (Figure 2).

What are the symptoms ?

From a clinical point of view these patients may refer intolerance to effort, chest pain, poor posture, often with kyphosis, but the most frequent complaint of this disease is psychological; due to a negative body image, resulting in psychological suffering and very significant psychosocial repercussions during adolescence, causing these young people to avoid at all costs showing their body, an evident situation on the beach where they always wear a T-shirt and find different excuses for not swimming.

How are thoracic wall deformities diagnosed?

The Thoracic Wall Deformities Unit is formed by a multidisciplinary team of physicians specializing in Pediatrics, Orthopedics and Cardiothoracic Surgery. All patients are evaluated and studied by a team, so that the best diagnosis and treatment is provided to each patient.
The Thoracic Deformities Unit of the HPA Health Group has all the necessary medical specialties for a total evaluation of the patient with a Pectus, providing the appropriate treatment for children, young people or adults with these deformities.
To confirm the diagnosis as well as to find associated conditions, the patient’s physician will prescribe the necessary complementary tests. In addition, further diagnostic tests may be necessary, including pulmonary function tests, chest X-ray, electrocardiogram, and echocardiogram. Since the morphology of the deformity varies greatly between patients, a preoperative CT Scan of the chest is also recommended to identify morphology, dimension and severity.

How is the severity and assessment of Pectus Excavatum diagnosed?

Fig. 3: Pectus Excavatum
Before surgery in a young adult, where significant sternal depression can be observed. 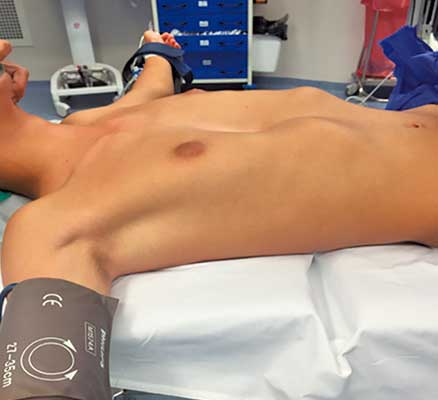 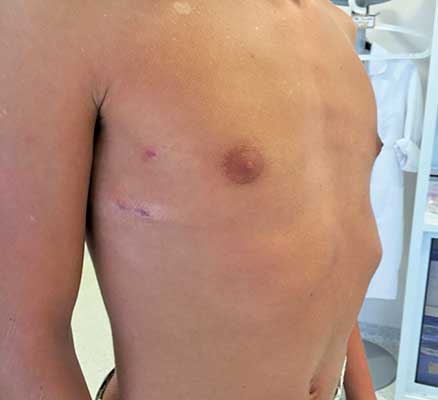 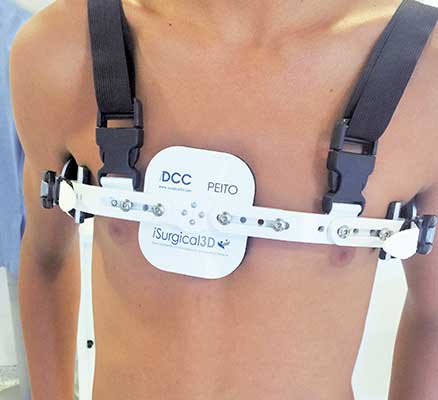 The treatment of these deformities varies according to their severity and the patient’s age. During childhood, these patients must be monitored and the characteristics of the deformity documented. Associated coexistent diseases need be identified. To correct posture and strengthen certain groups of muscles a long-term non-surgical treatment is begun. Sometimes individual maintenance devices for prolonged use are prescribed, for compression or suction of the deformed zone.
Surgical treatment for Pectus Excavatum is carried out during adolescence. For Pectus Carinatum, conservative treatment of the deformity is attempted, followed by surgical treatment, if satisfactory results are not obtained.
In adulthood the treatment will have to be surgical.
The great evolution in the surgical treatment of Pectus Escavatum ia a minimally invasive technique called Nuss. After a thoracic study by CT Scan, pre-shaped plates are surgically placed.
This minimally invasive approach consists of a 4 cm incision on each side of the lateral wall of the thorax, usually in a non visible area (under the arms). A previously manufactures steel bar, made to measure for that specific patient, in accordance with the CT Scan of the chest, is surgically paced.
This will then permit a considerable reduction in the length of time necessary for the surgery as well as a more accurate correction. The steel bar is removed 2 to 3 years after the first intervention on the same spot as the first incisions, in a very quick and simple procedure that allows the patient to be discharged on the same day.