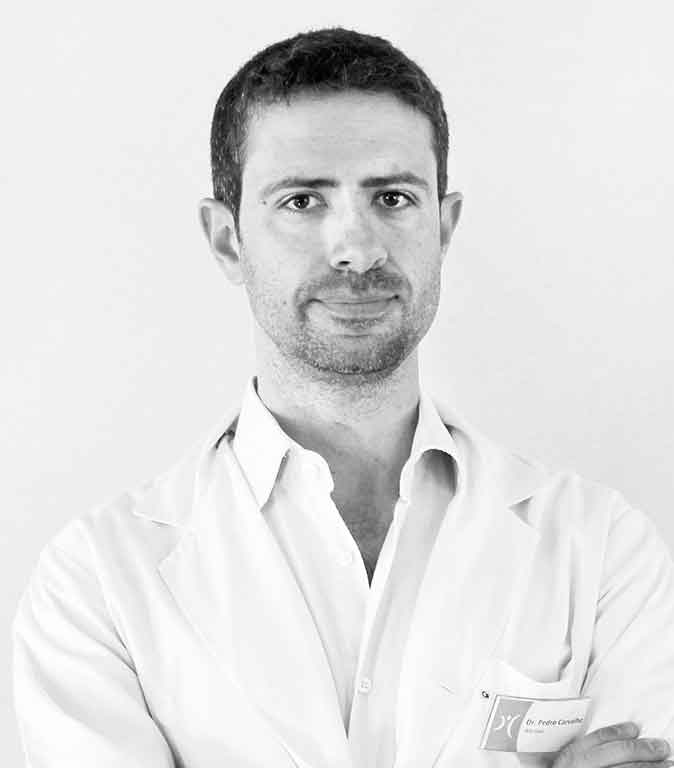 Ankylosing Spondylitis
What may be hide behind low back pain

Low back pain is a very common condition and there are very few people who have never experienced the sensation of pain or discomfort in the lower back after strenuous physical exercise. A recent national study, carried out with the support of the Portuguese Society of Rheumatology, estimated that 26%1 of the Portuguese population suffers from low back pain. Fortunately, most of the time this condition is self-limited, although it can be extremely incapacitating. Low back pain may be treated with simple measures such as application of heat and topical anti-inflammatory agents. In more severe cases, the use of muscular relaxants, analgesics and systemic anti-inflammatory drugs may be necessary.
Naturally, after the improvement of a low back pain crisis, patient must be made aware of the measures which should be taken in order to minimize the possibility of future episodes. Practicing regular physical exercise to promote strengthening of the axial muscles is of paramount importance. Swimming or aquatic exercises are recommended.

WHAT ARE THE ALERT SIGNS FOR THE POSSIBILITY OF A LOW BACK PAIN BEING AN EARLY SIGN OF ANKYLOSING SPONDYLITIS?
A back pain that lasts more than 3 months is known as a “chronic back pain”. In this case, it is important to proceed to an extensive evaluation of clinical symptoms and a complete objective examination, in order to exclude potential pathologies that might be causing the pain. It should be noted that ankylosing spondylitis tends to appear at a relatively young age. This diagnosis should be suspected mainly in patients who report that symptoms had started before the age of 45. The diagnosis of ankylosing spondylitis in patients whose symptoms started after 45 is an exceptional scenario, but it is still a possibility. This fact is explained by a higher prevalence of osteoarthritis which is also cause of back pain among these older patients. The clinical and laboratory results that should alert both patient and physician to the possibility of ankylosing spondylitis are listed in the following table.

SPONDYLOARTHRITIS FAMILY AND ITS CONSEQUENCES
Previously known as seronegative spondyloarthropathies, spondyloarthritis have a prevalence around 2% in the Portuguese population1. Ankylosing spondylitis is the most paradigmatic subtype of spondyloarthritis, but they also include other subtypes: psoriatic arthritis, spondyloarthritis associated with inflammatory bowel disease (Crohn's disease and ulcerative colitis), reactive arthritis, among others.
These diseases have in common the fact that they tend to affect the axial skeleton, namely sacroiliac joints, lumbar and cervical spine. If the chronic inflammatory process progresses over the years, it tends to cause irreversible structural damage which may be evident on radiographic examination. The consequences of this damage are pain and progressive loss of mobility for these patients.

THE IMPORTANCE OF AN EARLY DIAGNOSIS: THE ROLE OF MRI AND GENETIC TESTS
Once structural damage of spine is visible in conventional X-Ray, it is already irreversible. Sclerosis and erosions in the sacroiliac joints (radiographic sacroiliitis) and calcifications between adjacent vertebrae (syndesmophytes) are the hallmarks of spondyloarthritis (Figure 2). Therefore, as we intend to stablish a diagnosis before damage is irreversibly established, conventional X-Ray may be insufficient.
MRI exams and genetic tests for HLA-B27 gene will enabled an early diagnosis of these conditions. Being capable to reach a timely diagnosis has opened up new therapeutic perspectives. Early identification of these patients is highly recommended as irreversible damage may appear soon after the onset of symptoms. However, these tests should be requested only when there is a significant suspicion, that is, when Rheumatologist suspects this diagnosis may be present after a thorough examination.

BIOTECHNOLOGY AND THERAPEUTIC POSSIBILITIES
Fortunately, about 50 to 60% of patients with chronic low back pain caused by ankylosing spondylitis respond well to treatment with anti-inflammatory drugs. However, prospects for the other patients are also encouraging. Nowadays we have at our disposal biotechnological agents that are nothing more than antibodies, or fragments of antibodies, highly specific to fight against pro-inflammatory molecules. For ankylosing spondylitis, the therapeutic targets of the drugs approved to date are tumour necrosis factor (TNF) and interleukin-17 (IL-17). These drugs are highly effective in treating the symptoms, and recent studies are pointing towards a slowing down in the progression of the structural damage with these therapies.
To conclude, when a low back pain does not improve with simple therapeutic measures and lasts for more than 3 months, patients should be referred to a Rheumatologist. In this consultation, a differential diagnosis will be performed taking in account the different causes of chronic low back pain and an appropriate treatment will be initiated. An early diagnosis will prevent suffering and consequences that in the long run may become irreversible. 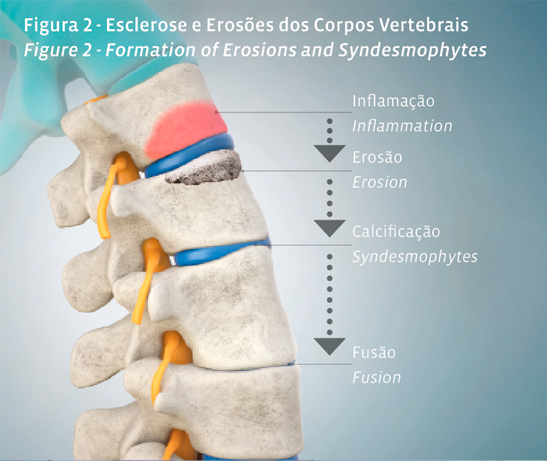