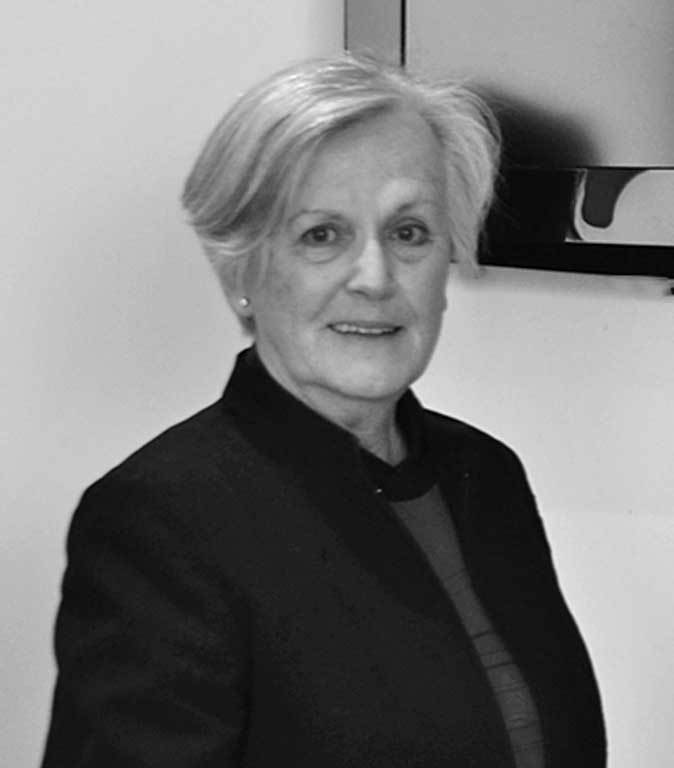 There is no one better prepared to tell us the history of CLÍDIS other than Dr Célia Allen, who once  began this project,  as well as LALA (Laboratório de Águas do Alentejo Litoral) -  and MTLA (Medicina do Trabalho do Litoral Alentejano), to which an additional 27 analysis collection stations covering a significant area of the districts of Setúbal and Beja were added.

DUE TO HER ACADEMIC BACKGROUND – DEGREE IN PHYSICS AND CHEMICAL SCIENCES AS WELL AS IN PHARMACEUTICAL SCIENCES SPECIALIZING IN CLINICAL ANALYSIS – SHE FIRST BEGAN WITH A CLINICAL ANALYSIS LABORATORY, BUT WHICH QUICKLY EXPANDED TO OTHER SPECIALTIES AND SERVICES.
At the beginning of the seventies, due to an irrefutable job offer for my husband as an Electrical Engineer in Sines from Deutsch Welle, it became impossible for me to fulfil my dream of having a Criminal Investigation Laboratory.
Once arrived in Sines, I soon realized the difficulty in accessing health care. To reach a clinical diagnosis it was necessary to go to Lisbon or Beja for a simple blood analysis.
Either by fate or by chance, we met Dr Fernando Teixeira, a Clinical Pathologist of national reference, innovator in laboratory technologies and that is how the first project of the first private clinical analysis laboratory on the Coastal Region of the Alentejo, in Sines began.
In January 1977, CLÍDIS - Clinical Analysis Laboratory was inaugurated, establishing a contract with the National Health Service and kept up with the constant evolution of both national and international health systems.

WE BELIEVE THAT THE NETWORK OF ANALYSIS COLLECTION STATIONS WAS ESTABLISHED GRADUALLY, HOWEVER IT REQUIRES A LOT OF PLANNING AS SOME, DUE TO THEIR GEOGRAPHIC LOCATION HAVE VERY DIFFERENT ROUTES.  HOW WAS THIS LOGISTICS ORGANIZED AND IS STILL CONTINUING TO BE ORGANIZED TODAY?
We soon realized that Sines alone was not enough to meet the needs of the residents of the entire Coastal Region of the Alentejo.
A new challenge then began: installing analysis collection stations in other towns, from Alcácer to Odemira, gradually expanding to parishes with greater social and mobility needs.
Beja was set us as an alternative to Dr Alexandre Covas Lima Laboratory, including collection stations in the various parishes of Baixo Alentejo.
Constant evolution, with the logistics to guarantee the quality of services provided has always been our primary goal; human resources (a basic factor), innovative equipment and techniques, circuits for the delivery of samples from the collection points to the central laboratory in Sines, a timely response and the satisfaction of our customers.
In 2003, the CLÍDIS Laboratory was the first in the region of Lisbon and Vale do Tejo, to obtain Operating License (No. 00001AC/2003) from the Ministry of Health.

HOW DID THE INTEGRATION OF OTHER TECHNICAL AREAS SUCH AS LALA AND MTLA COME ABOUT?
With the new Government expansion project for Sines, the need for other health services for the growing population of the region increased. This led us increase the medical specialties we provided such as radiology. With the essential support of Dr Gargaté, we managed  to always overcome the difficulty related to the lack of technical experts in our region.
Meanwhile, new industries came about in Sines and with them the need to provide their workers with medical care and working conditions.
With Dr Francisco Loução and Eng. Eduardo Ferreira, Medicina do Trabalho do Litoral Alentejano (MTLA)- Ocupacional Medicine – was created.
In the 1990s, due to the growing concern for the environment and the quality of water distributed to population, a new challenge arose. The Laboratório de Águas do Litoral Alentejano (LALA) accredited by IPAC since 1999, first began its activity with installations in Vila Nova de Santo André, with a young team of laboratory technicians with specific training in the area.
LALA provides services to water distributors and to entities that control effluent emissions, as well as to public and private companies in the Coastal Region of Alentejo, Baixo Alentejo and Algarve. LALA also carries out daily water analysis control of various industries in the Industrial Sector of Sines.

WHEN WAS THE BUILDING THAT IS NOW THE HOSPITAL PARTICULAR DO ALENTEJO BUILT?
Everything ran well and expanded, but the facilities become inadequate and insufficient. We then designed the construction of a new building that would encompass all the services that were being provided by CLÍDIS.
Overcoming all obstacles and difficulties, with the support of Caixa de Crédito Agrícola, in June 2006, we inaugurated the new building.
However, in 2014 another new challenge arose.
Integrating a group of businessmen, at the invitation of the Municipality of Sines, we visited Pemba, in Cabo Delgado (Mozambique), where we witnessed the precarious health situation and decided to provide our support with a new CLIDIS project in June 2015, the CLIDIS Lda - Clínica de Diagnósticos e Saúde, in the image of CLÍDIS in Sines, LALA and MTLA. We then proceeded with an expansion project and new facilities in Maputo.

IN 2017, THE YEAR WHEN CLÍDIS CELEBRATED ITS 40th ANNIVERSARY, THE ADMINISTRATION DECIDED TO INTEGRATE THE HPA HEALTH GROUP, WHICH ALREADY HAD A WELL-DEFINED PROJECT. HOW DID THIS DECISION COME ABOUT?
In 2017, with the constant growth of the Sines Complex, additional medical services became necessary and were made available but the Coastal Region of the Alentejo lacked a Hospital.
Dr Miguel Allen (Clinical Director of CLÍDIS) and Dr Paulo Sousa (President of the Medical Council of the HPA Group) introduced us to Dr João Bacalhau, founder of the HPA Health Group.
The integration of the CLÍDIS Group, with the HPA Health Group, with new administration, new challenges, new projects, with the strength and competence of the HPA Group, implemented new medical specialties, new services and thus the new Hospital Particular do Alentejo in Sines was inaugurated and has now officially opened.
Integration with the HPA Health Group has been very easy, as both administrations are perfectly aligned in terms of missions and objectives.

WHAT ARE YOUR FEELINGS WHEN YOU THINK THAT IT ALL BEGAN WITH A CLINICAL ANALYSIS LABORATORY, IS NOW AN ENTIRE CHAIN OF SERVICES AND WHICH HAS NOW ENDED UP BEING THE FIRST PRIVATE HOSPITAL IN THE REGION?
Above all, I feel grateful to all those that accepted me, helped and contributed to carry out the tasks that life proposed, with the will to succeed and achieve our goals. I’m grateful to my father, Eduardo, mother, children, all employees (each one I consider a friend) and all CLÍDIS customers, without whom this journey would have make no sense.
With well-defined goals, organization, logistics and human resources, specific training and dedicated competent teams, nothing was impossible.
Thanks go to all those who contributed for CLÍDIS to have become, in 40 years, an organization to be proud of.