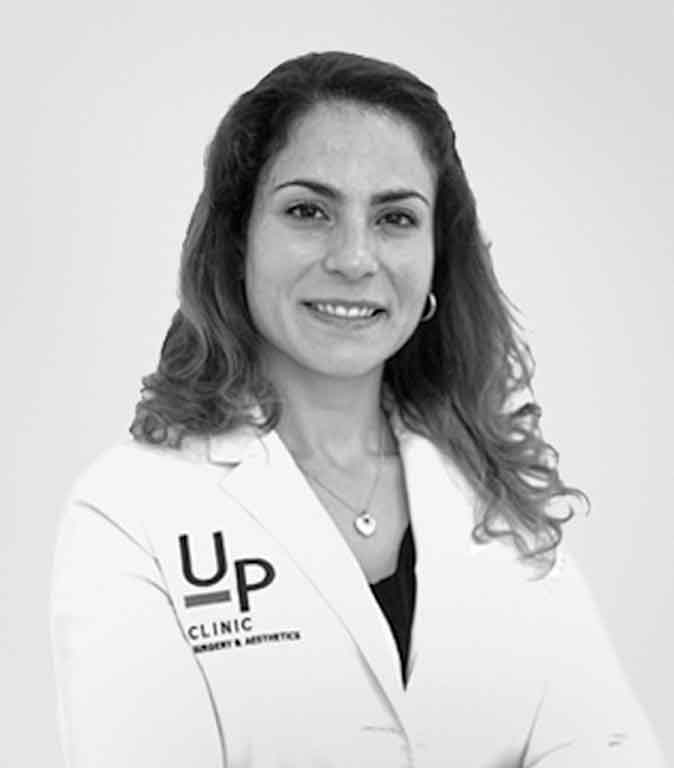 Urinary incontinence (UI) is a pathological condition that results from the inability to keep and control urin leeks. It is characterized by involuntary loss of urine with varied and diverse causes.
According to the International Continence Society (ICS), in addition to being both a health and hygiene problem, urine leakage has social and personal repercussions, causing significant changes in the quality of life of women and men, thus constituting a significant cause of disability and dependence.

There are several types of urinary incontinence, the most common being Stress, Urge and Mixed UI.
Stress strain is characterized by urine leakage resulting from movements that somehow exert intra-abdominal pressure. It might occur when sneezing, coughing or even laughing, as well as in straining activities (picking up weights, running and jumping).
It is believed that high-impact activities can affect the continence mechanism by altering the amount of force transmitted to the pelvic floor, by excessively increasing intra-abdominal pressure. These changes compromise the mechanisms of support, suspension and containment resulting in weakening of the pelvic floor due to intense and repeated overload.
Urge incontinence occurs due to overactivity of the muscle of the bladder - detrusor. This means that the person often has to go to the bathroom and may experience some losses by not getting there in time.
Mixed urinary incontinence, the third type of incontinence, is the coexistence of the previous two, stress and urgency.
One of the main causes refers to the weakening of the pelvic floor muscles. These muscles are responsible for urine and faecal control, support of pelvic organs and they also play a preponderant role in sexuality. They have a permanent tonic action at rest, with a predominance of type I fibres, resistant to fatigue.
The causes of this pathology are multifactorial, which can occur during pregnancy, due to obstetric trauma, intense and high-impact physical activity, hormone alterations resulting from menopause or even by wrong lifestyle habits. Pelvic surgery, radiotherapy and genital prolapse (sagging of the pelvic organs) can also negatively influence this pathology. There are, however, other factors and comorbidities, such as being overweight, constipation, age and smoking, that may increase the likelihood of pelvic dysfunction.
Treatment for UI can be surgical or medical, including drug treatment and physiotherapy. In recent years, vesical-sphincter re-education has had a very promising success rate and is accepted by the scientific community and recommended as the first line intervention.
Pelvic Floor exercises go back 6000 years, and are part of the daily exercises in Chinese Taoism. Hippocrates also described forms of exercise in the baths and gyms of ancient Greece and Rome. It was thought that strengthening this group of muscles would promote health, longevity, spiritual development and sexual health. However, it only became more relevant in the 1940s, when Artur Kegel described the importance of perineal re-education as a preventive treatment option for UI and faecal incontinence.

It is currently known that UI has a higher prevalence in females between the ages of 45 and 65 years.  It affects 20% of the Portuguese population over the age of 40 and tends to increase with age.
Even though this subject is considered taboo, a more serious approach is necessary to demystify this disease. Only 10% of patients go to the doctor for UI problems. Therefore, the numbers are underestimated due to the lack of diagnosis and treatment.
UI, especially in women, is a serious cultural problem and is often assumed to be a cultural heritage, with the idea that it is something natural. For this reason, woman tend to find solutions in their daily lives to adapt to the problem, becoming conditioned to this situation.
Men also suffer from this type of dysfunction, mainly associated with prostate surgery, often leading to sexual dysfunction.
Urogynaecology Physiotherapy essentially consists of the treatment and prevention of Pelvic Floor muscle dysfunction, among which urinary incontinence, faecal incontinence, pelvic organ prolapses, pain and sexual dysfunctions stand out.
Treatment consists of manual and/or instrumental techniques: motor learning (pelvic muscle awareness and self-perception); contraction/relaxation of the anus elevator muscles (Kegel exercises); free or resistance exercises; stretches; postural and diaphragm re-education; electromyographic or manometric biofeedback; intracavitary electrostimulation or peripheral neuromodulation of the percutaneous or transcutaneous posterior tibial nerve.
In this way, rehabilitation promotes the prevention, treatment and recovery, improving the function of the pelvic floor and control of the bladder and sphincter function, able to avoid or delay surgical interventions.
Treatment should be carried out by a physiotherapist specialized in this area. It consists of a first session where an anamnesis and a detailed assessment should be carried out, and depending on the results, a treatment plan established with the patient.  The patient must at all times be informed and consent to all the techniques used.
The treatment used is suitable for all women, of all ages and to all moments of their lives, from pregnancy (pre and postpartum) to menopause, to  women who practice high-impact sports; men who have undergone a prostatectomy, who suffer from erectile dysfunction or premature ejaculation, as well as children with urination disorders, especially nocturnal enuresis.