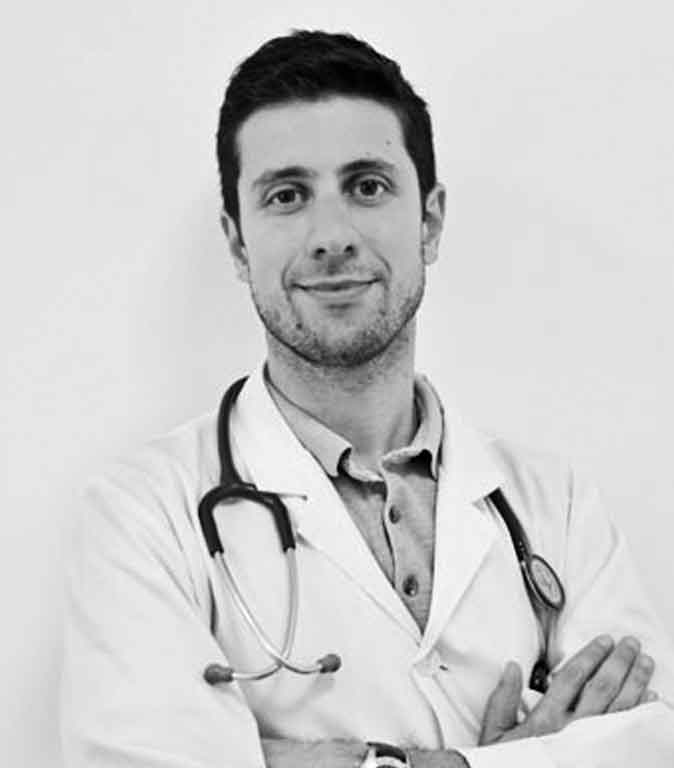 The strange world of allergy sufferers and allergies


Allergic diseases are on the rise all over the world and appear in increasingly more complex and serious forms. It is estimated that between 20%-30% of the Portuguese population can be affected by one or more allergy problem such as asthma, rhinitis, eczema, hives and food or medication allergies. This increase in frequency is particularly problematic in children, who are disproportionally affected.
Are we born with allergies or do we acquire them? Is being allergic a permanent condition? Why are people only allergic to certain substances?
These were some of the questions we put to Dr. Pedro Morais Silva, a specialist in Immunoallergology and guest assistant at the Faculty of Medicine of the Algarve.

WHAT IS AN ALLERGY?
An allergy is an exaggerated and inadequate res-
ponse of our immune system against inoffensive subs-
tances in the environment. In a normal situation, our organism fights agents that can cause diseases, such as bacteria or parasites and “tolerates” beneficial substances such as food, the air that we breathe or medications.
For allergy sufferers, they form special antibodies (of the IgE type) that incorrectly interpret an inoffensive substance (an allergen) as an aggressor. These antibodies live in the nose, eyes, bronchi, skin and digestive system and cause an intense inflammation that gives rise to the typical symptoms of the allergy.

WHY DO WE BECOME ALLERGIC?
A genetic, personal or family predisposition to produce these special antibodies against environmental allergens is referred to as “atopy”.
A child with an allergic parent, for example, has a 40%-60% risk of also getting an allergy. If both parents are allergic, the possibility increases to 60%-80%. On the other hand, the risk is quite low (about 5%) if there are no allergies in the family.
But allergic diseases involve multiple factors, which means that they are influenced as much by genetics as by environmental factors. Viral respiratory infections and exposure to pollutants, especially to tobacco smoke, appear to be equally important in the occurrence of allergy problems. Additionally, a sedentary lifestyle, obesity and infrequent contact with nature also appear to contribute towards the epidemic of allergies that sprung up at the end of the 20th Century.

ARE ALLERGIES REALLY INCREASING? PROPORTIONALLY, ARE THERE MORE ALLERGIC CHILDREN OR ADULTS?
There seem to be no doubts that allergic diseases are becoming more and more frequent, especially in children. It is estimated that in Portugal, approximately 10% of the population (about 1 million people) suffer from bronchial asthma. And in the paediatric, age this percentage is even greater, about 15%. Besides this, more than 20% of Portuguese children suffer from rhinitis, 10% have atopic eczema and between 5%-10% suffer from food allergies. The prevalence of all of these diseases has practically doubled in the last 25 years.
WHY ARE WE ALLERGIC TO SOME SUBSTANCES AND NOT TO OTHERS?
As a general rule, we are allergic to common subs-
tances in our environment. For example, people who live in the Algarve are allergic to the regional pollens and mites, which are different from those found in the north of Portugal and those found in other countries. Each region has its own particularities.

WHICH ALLERGENS ARE MOST PREVALENT IN OUR POPULATION, AND SPECIFICALLY IN THE ALGARVE?
In accordance with a study we recently conducted here in the Western Algarve, the most frequently identified respiratory allergy (58% of the cases), was to house dust mites, especially a species known as Dermatophagoides pteronyssinus. Mites are small animals that live in the dust of houses, especially in bedrooms. They feed on flakes of shed skin and prefer warm, humid houses. They mainly grow in mattresses, pillows, carpets, sofas and soft toys, but can live in any place that accumulates dust. The most important pollens appear to be those of wild grasses (also called hay) and of olive trees.

CAN YOU GIVE SOME GENERAL ADVICE TO PEOPLE WITH ALLERGIES?
Besides specific treatment for each disease, allergies can improve significantly with environmental control, as long as we know which substances the sufferer is allergic to.
In cases of allergy to dust mites, for example, contact occurs in closed spaces, normally at home or at work. Therefore, it is useful to reduce the number of books or toys strewn throughout the bedrooms and keep them on shelves or in closed boxes. Also, avoid flannel sheets and covers. Opt for synthetic rather than feather duvets. All bed linen should be washed at 60º, and ideally waterproof anti-dust mite covers should be used on mattresses and pillows. When cleaning the house, it is better to use a damp cloth so as not to raise the dust. Carpets and rugs can be “home” for large populations of dust mites, so it is best not to have them in your house. Finally, we recommend that you invest in a vacuum cleaner with a HEPA filter (these do not need to be water vacuum cleaners, which are generally much more expensive) and vacuum the mattresses and sofas weekly.
In the case of pollen allergies, contact normally occurs outdoors, so they are more difficult to avoid if you go outside. Fortunately, the majority of the pollens that cause allergies in the Algarve only appear in the spring. I recommend consulting the Boletim Polínico (available on the site of the Portuguese Allergology and Clinical Immunology: www.spaicpt) to learn when the pollen levels are highest. On the hottest and windiest spring days, it is perhaps preferable to avoid open-air activities. On these days, sunglasses can protect the eyes from pollens. Lastly, when airing out bedrooms, avoid opening the windows during the day (there are fewer pollens in the atmosphere during the night).

LASTLY, IS IT POSSIBLE TO PREVENT ALLERGIES?
In regard to children, there are some attitudes that can make a big difference. Exclusively breastfeeding for the first 6 months of life for all newborns is recommended, for its nutritional value as well as for its capacity to correctly regulate the immune system.
This measure seems to have a protective value in the development of several allergies, especially eczema, early childhood asthma and food allergies. When it is not possible to breastfeed, or when the breast milk is insufficient, the hypoallergenic formulas of hydrolysed milk seem to be superior to normal formulas or soy formulas in the prevention of allergies for children with allergic parents.
Finally, exposure to tobacco smoke (and less frequently to smoke from a fireplace) during gestation, for the newborn and in early childhood seems to be incredibly prejudicial for the pulmonary development of the child.
Even so, even when all possible care is given, allergies sometimes appear. Fortunately, Medicine has followed this progressive increase in allergy diseases and today there are diagnoses and treatment to minimise and even reverse the impact that these have on the quality of life of the allergy sufferers.