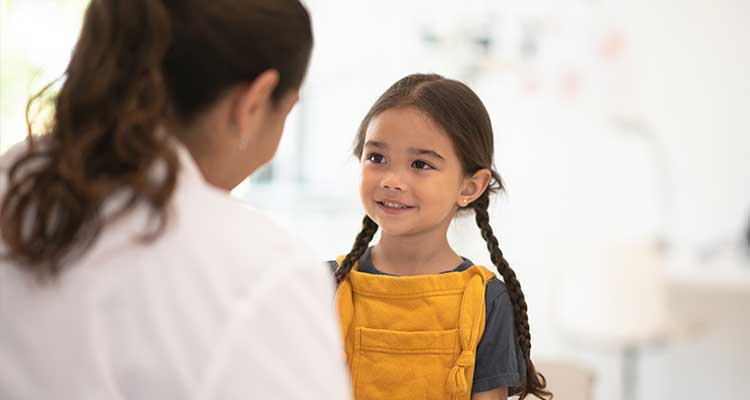 Paediatric Endocrine-Metabolic Disorders are hormonal dysfunctions that arise from birth and last to the end of adolescence. These hormonal changes have repercussions on the child’s growth, development and metabolism during the growth period, therefore the particular aspects of each stage of development must be considered.

The most common endocrine dysfunctions in childhood and adolescence include:

Changes in the Neonatal Period

In the neonatal period, the most frequent dysfunctions are related to genital differentiation; hypoglycemia; hyperglycemia;  congenital hypothyroidism and congenital adrenal hyperplasia. In smallest children, the signs of poor growth and acquired hypothyroidism predominate.

Classically, the onset of puberty should occur between 8 and 13 years of age in girls, and 9 to 14 years in boys. When puberty occurs in girls younger than 6 years or in boys younger than 7 or 8 it is considered very early, requiring investigation and most often treatment. Between the ages of 6 and 8 (girls) and 7 and 9 years (boys), it is considered a borderline period in which the clinical evaluation of the rate of pubertal development will define the need for laboratory investigation or eventual treatment.

During adolescence, the most frequent complaints are related to the absence of pubertal and genital development, autoimmune thyroid dysfunctions, Type 1 and 2 diabetes and obesity.

Although not a given rule, most obese children and adolescents will become obese adults.  This is because, in addition to carrying genetic determinants, they tend to maintain nutritional and socio-cultural errors that trigger and aggravate the mechanisms that generate excessive weight gain. Therefore, although drug treatment is not required during this phase, all educational measures are essential to prevent the progression of obesity.

In Paediatrics two major groups are distinguished: organic obesity of endogenous or primary cause (1% of cases) and simple or secondary nutritional obesity (99% of cases). Children with Endocrine Obesity related to an endocrine pathology are often of short stature, or a slower growth rate is detected at an early age.  In exogenous obesity, an acceleration of the child’s growth rate is usually observed.

Particular attention should be given to children and adolescents with a family history of obesity, diabetes, hypertension and dyslipidemias, as obesity at an early age may be a first sign of insulin resistance, related to the genesis of Metabolic Syndrome.

Type 1 Diabetes is more frequent in children and adolescents and is called Insulin Dependent Diabetes. Once diagnosed, insulin treatment becomes indispensable. In this type of diabetes, the pancreatic cells responsible for insulin production are destroyed by a process called "autoimmunity". This process eventually leads to a total loss of insulin production.

Type 2 Diabetes is also known as Adult Diabetes, as it usually appears after the age of 35. However, today there is an alarming increase in Type 2 Diabetes in young people. In this type of Diabetes, the capacity for insulin production does not disappear completely. The body becomes more resistant to insulin and oral medication becomes necessary in reaching a normal balance. Diet and weight reduction are very important in the treatment of Type 2 Diabetes.

The HPA Health Group offers all the examinations necessary for the diagnosis and monitoring of endocrine-metabolic diseases, namely:

STRONG POINTS OF THIS SPECIALTY IN THE HPA HEALTH GROUP

The specialist Consultation on Paediatric Endocrinology has the support of other medical specialties and health professionals, namely Paediatric Surgeons, Neuropaediatricians, Paediatric Nephrologists, Psychologists, Neuropsychologists or Nutritionists dedicated to the care of children.